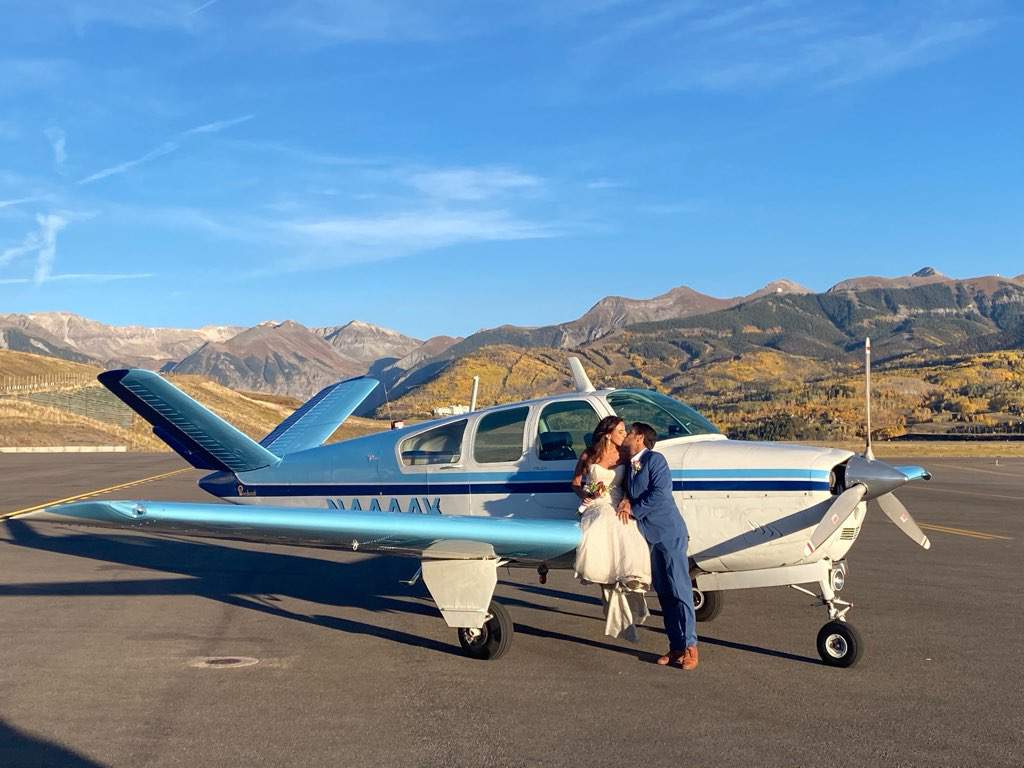 Authorities in southwest Colorado say two newlyweds from Florida perished when their single-engine plane crashed shortly after taking off from the Telluride resort.

The sheriff’s office in San Miguel said Tuesday that 30-year-old Costas John Sevillis and Lindsay Vogelaar, 33, from Port Orange, Florida, died in a crash in the Ingram Basin, east of Telluride in the San Juan Mountains.

They were returning to Florida, with a possible first stop in Oklahoma to refuel, when their Beechcraft Bonanza crashed shortly after it took off from Telluride at 12:45 p.m.

A spokesperson shared photos and a statement from the Vogelaar family that read:

Around 1 pm. Our sweetheart Lindsay Vogelaar and Costas Sevillis died in a tragic plane crash near Telluride, Colorado, just four days after their marriage.

Lindsay was the most fun and energetic person I have ever had with a laugh and an infectious smile. Kostas was real and made people feel important. It was calculated and Lindsay was the wings he needed to hunt for adventure. Kostas loved Lindsay with every iota of his being and loved every aspect of Lindsay and her entire life. They could have lived anywhere as long as they were together. They were citizens of the world. Lindsay was home wherever the plane landed. They had roots in Florida, but they were real citizens of the world. They were supportive of each other in every aspect of their lives. Costas was the youngest pilot to be hired at United Airlines, and Lindsay was a flight attendant at the same airline. They met during a trip to Europe. Lindsay was born in Colorado and raised in Grand Rapids, Michigan. Kostas grew up in Massachusetts. Both of them will be sorely missed by family and friends and everyone who knew them.

Private plane bursts into flame at Houston airport, all 21 aboard escape

4 women from Peoria killed in a car accident