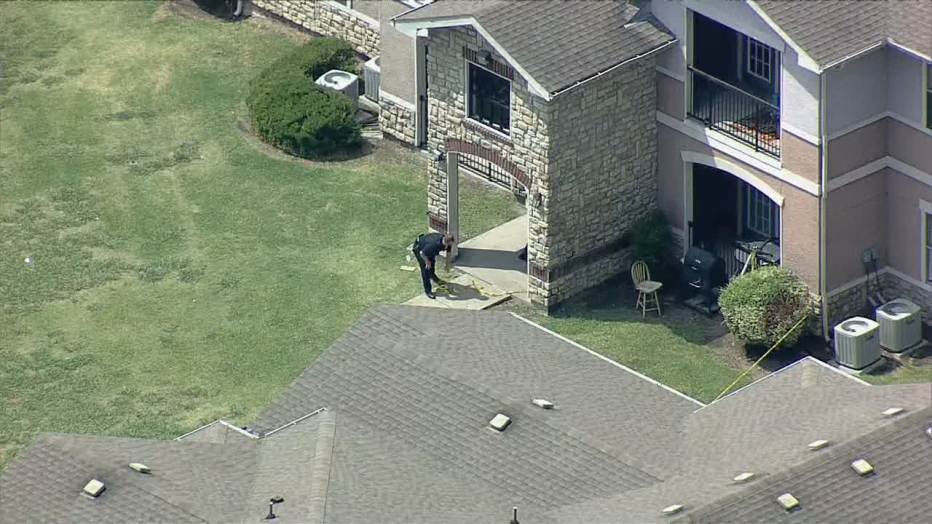 A man has been arrested for allegedly shooting and killing his wife and children inside their East Dallas apartment.

Dallas police got a call around 11 am about a man who claimed to have shot his family. They were alerted to this scene because the shooter called an alarm company, then called the police post.

James Webb, 57, is accused of shooting his wife, Victoria Bunton, and his two children, ages 13 to 16.

Officers met Webb outside Rosemont at the Ash Creek Apartments off John West Road. They took him into custody after finding the bodies of three family members. Pistol and shell casings were also found inside the apartment.

According to the affidavit of his arrest, Webb got into an altercation with Bunton because he was having a headache and said that his wife and their two children were too loud.

The arrest warrant stated that Webb “was tired of the three victims screaming and telling him that there was nothing wrong with him, so he shot them.”

Police say Webb waited an hour and then used the emergency medical alarm to call 911 and confessed.

“This is a horrific scene. This is a terrible accident. Our hearts go out to everyone affected by this,” said Vice President Robin Ramirez.

Homicide investigators obtained a search warrant to remedy the scene. A video clip showed several police cars and a crime scene truck outside an apartment that had been cut with yellow tape. A white Nissan was towed.

Chanel Lockhart lives across the hall and says the teens were brothers, and she just spoke with the mom.

Justice and her daughter, Sylvia Johnson, watched the family barbecue together and said the boys were playing soccer with the neighbors and once offered to help take out the trash.

“I didn’t talk to them much,” Sylvia said. “But when I got out, they were talking. They just didn’t walk by me. They would be like, ‘Hey.’

There was no one else inside the apartment at the time.

Webb accused of premeditated murder. His mugshot has not been released.

Officer fatally shot man who pointed gun at him