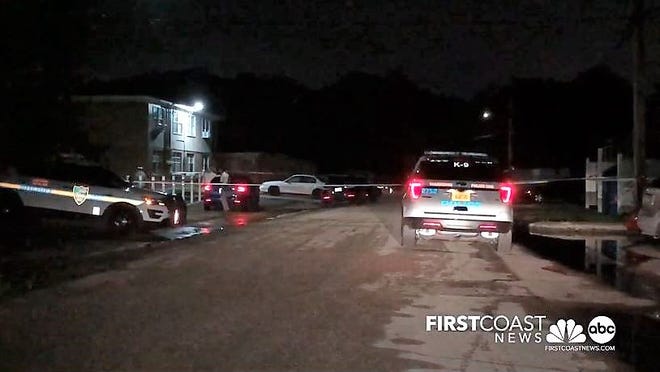 An unborn baby died and a woman was seriously injured in a shooting accident this morning on Cuna Street in Arlington.

Jacksonville police had no suspected description but were interviewing witnesses. The woman was taken in her late twenties to hospital after being shot.

Investigators say the shooting appeared to be targeted, and that there should be no concern for the neighborhood.

Investigators were interviewing people who were inside the house at the time of the shooting.

27 people were killed by gunfire at a Connecticut elementary school