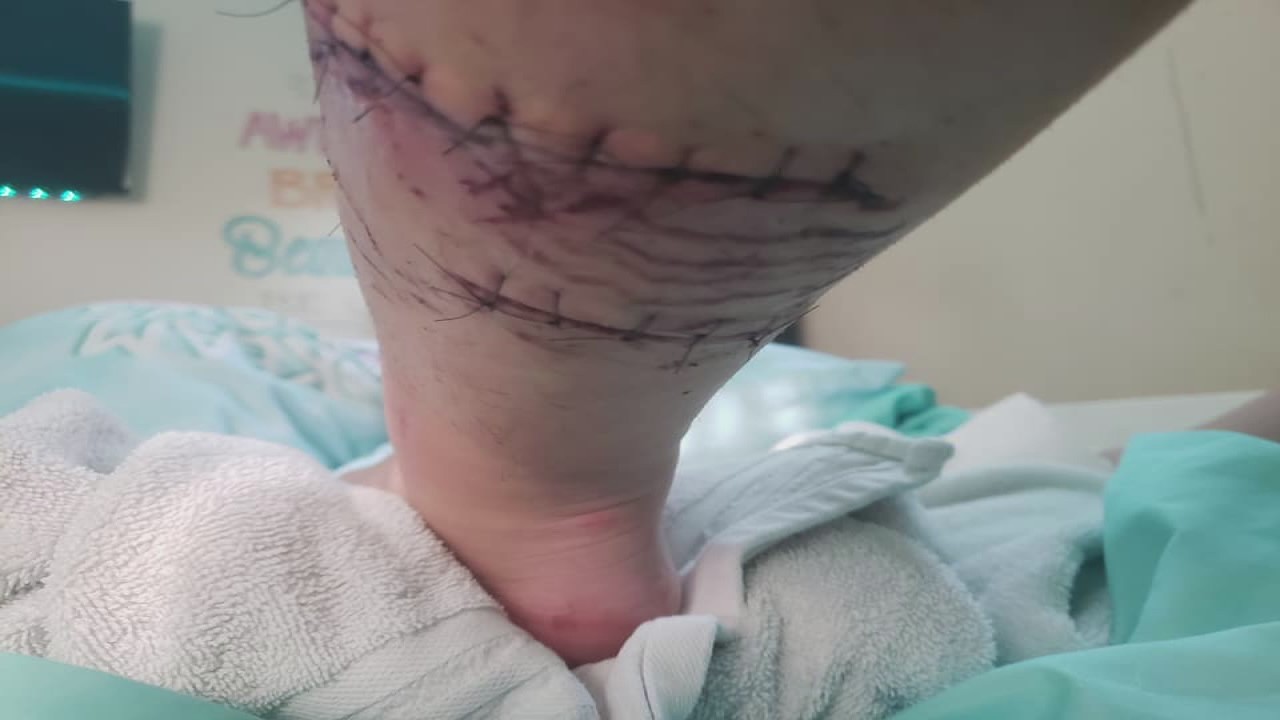 A 12-year-old girl is recovering and dreading leaving her home after being attacked by a dog while riding her bike in her neighborhood in Lincoln Park.

Emma Burgess says she doesn’t know what she could have done differently. She was riding her bike near her home in Lincoln Park when a dog pulled her off her bike and started biting her leg.

Emma said, “I saw the dog looking at me and grabbing my feet. Then the owner said don’t move so I didn’t move.”

Her father watched in horror the owner jumped.

“As soon as I opened the door and looked to the right, the dog was on my daughter. I immediately jumped off the balcony, towards the dog, and just started punching, and did whatever I could do to get the dog out of her,” Anthony Burgess said.

Emma’s wounds were so visible, and we had to obliterate a lot of them.

“There were like 7 big wounds? They are not heavy wounds. The way I describe to people is that it is like biting an apple: Hold it, take a big bite of an apple like this,” her mother, Melissa, Said.

Emma is currently walking around on crutches and is afraid something like this will happen again.

Emma said, “I’m still a little scared to go out to get in the car or something like that because that dog is still in there, I don’t know.”

The dog was placed in quarantine for ten days before the police had to legally return the dog to its owner, who obtained a ticket and was ordered to appear in court.

“It happened about two weeks ago, and we never contacted social media or the news station until we found out that the dog was allowed to go back to the house which is literally 6 houses away. I mean, it’s scary,” Melissa said.

A capsule look at the White Sox-Astros playoff series

Woman, two others found dead in home were shot in Tucson

3 teens die, 1 girl injured, when car crashes into a river