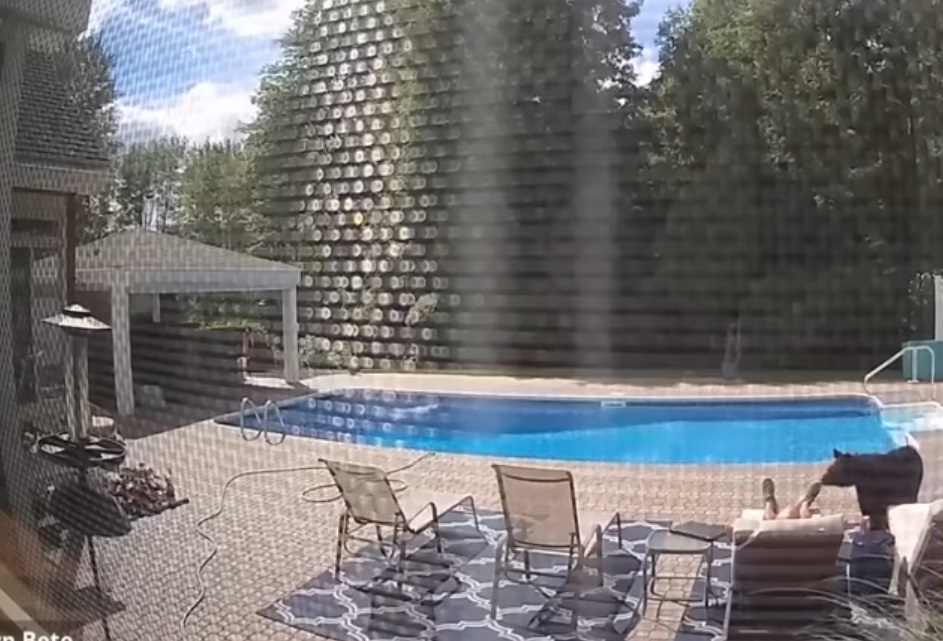 A Massachusetts man who was lying near a swimming pool had an exciting moment after he was surprised by the awakening of a bear from his nap.

A circulating video captured by a home camera showed the man next to a swimming pool in Greenfield, Massachusetts, as a bear turns around in the backyard of the house where the pool is located, and tries to get a sip of water.

The bear took a direct line towards the swimming pool, where he entered after finding the gate open, and drinking water leisurely, at a time when Matthew Pete was sleeping quietly.

As soon as he had something to quench his thirst, the bear turned around and saw a house lying beside his swimming pool, then headed towards him and carefully extended his hand towards the man’s foot and moved it cautiously.

The movement woke Pete, while his sudden awakening scared the bear, and made him flee.

Don, Pitt’s wife, posted the video on her Facebook account, writing in it: “Matthew was a bit dazed when he was resting by the pool.”

A woman dies in a vehicle crash in Minnesota