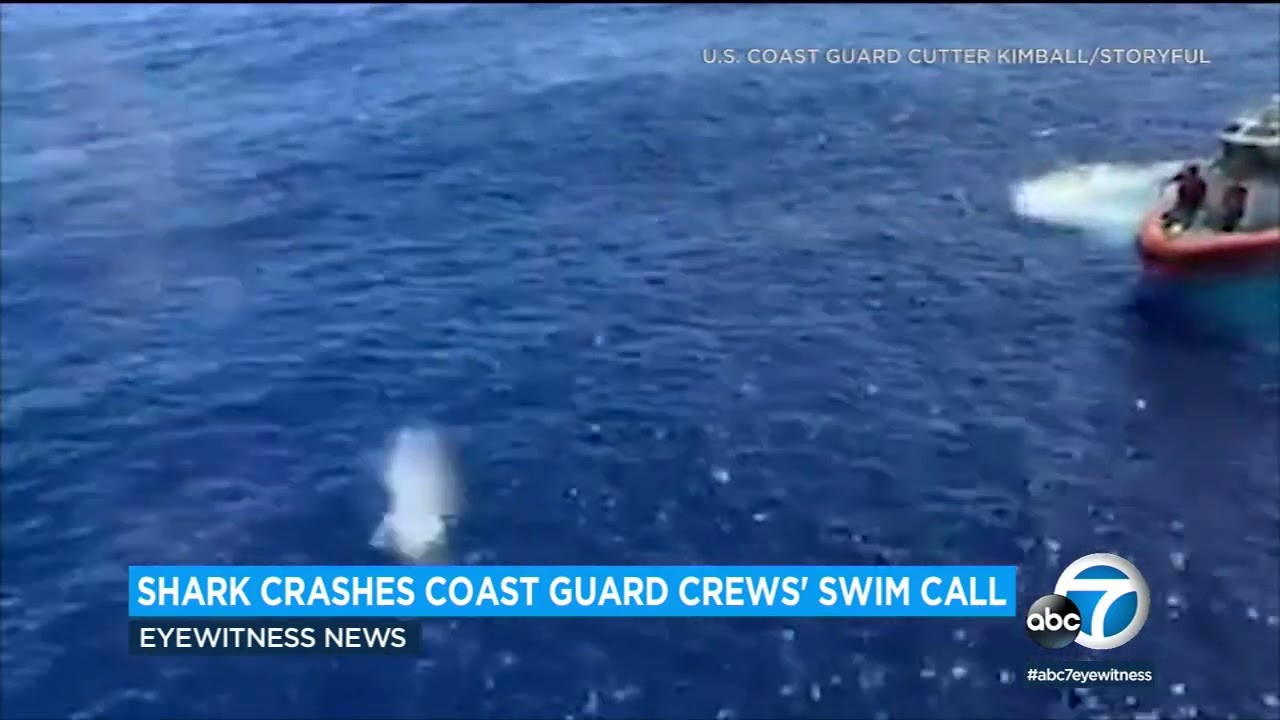 A shark crashed into a coast guard crew swim call in the Pacific – and caught with a camera.

Coast Guard crew Cutter Kimball was taking a much-needed break when the six to eight-foot-long shark was spotted nearby.

A crew member on the deck fired shots towards the shark, giving those in the water enough time to exit.

The Coast Guard says everyone was safe after the accident, including the shark.

The most requests for movies on board that night were Jaws and Sharknado.

Protesters burn a restaurant in Atlanta after a black young man is killed by...