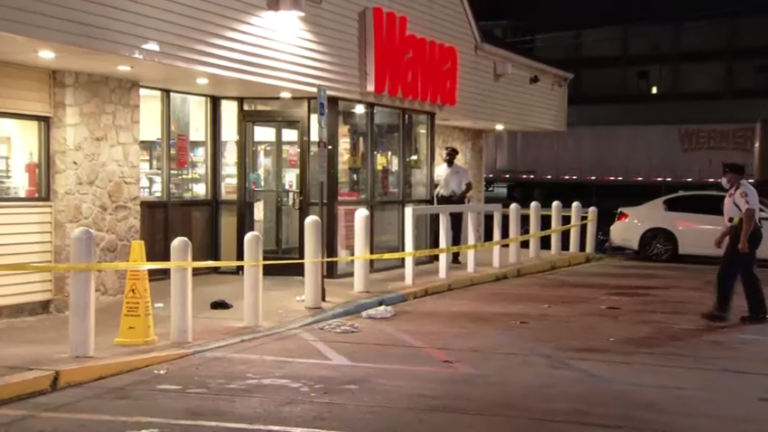 Police said a 25-year-old off-duty security guard was shot Friday morning in Philadelphia and Wawa after a fight over social distancing escalated into a physical altercation.

Philadelphia Police say the shooting occurred in Wawa at 1300 Erie Avenue in the Juniata Division of Philadelphia at around 4:45 am.

Police said the incident began as an altercation between a Wawa security guard and the suspect after the suspect was told he could not enter the shop because he was within his capacity.

A second, off-duty security guard, who authorities say, worked in a local club, intervened to help and got into a physical struggle with the suspect.

Police said the off-duty security guard, who identified family members as Khalil Patterson, was shot in the chest. He was transferred to the nearby St. Christopher Children’s Hospital, where he was listed in critical condition.

The Patterson family says he is currently undergoing surgery and is praying for his recovery. They called him a father, someone who was always ready to jump in and help others.

Police said one bullet was found at the scene.

The suspect left the scene. The authorities are currently reviewing the crime surveillance video.