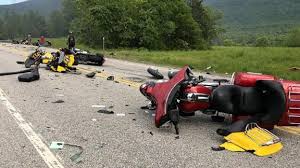 According to OSHP, the truck driver was almost heading east on the SR-172 and failed to surrender to the right of the road while turning into the SR-93.

The driver semi-turned in front of the motorcyclist.

The cyclist collided with the half of the truck.

The motorcycle overturned and the driver was ejected.

The biker was not wearing a helmet and was killed in the accident.

Identified as Zachary Weaver, 27, from Dalton.

Half of the driver was not injured and he was not charged.

A man shot dead at the Davenport home

‘The Big Leap’ takes its lead from reality dance shows