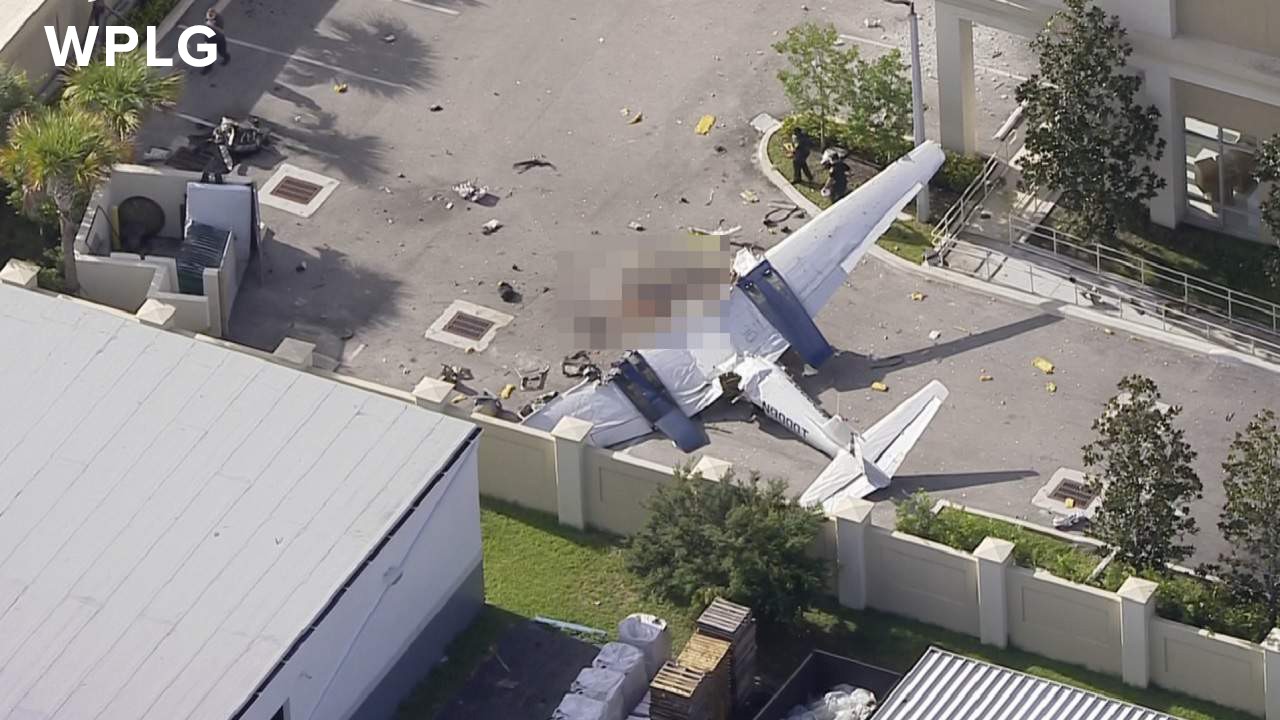 Two people were killed in a plane crash in Pembroke Park.

The Hollywood Fire Rescue crews responded to the scene in the North Berry Airport area, west of Interstate 95 and south of Pembroke Road, shortly after 9 a.m.

7SkyForce HD flies over the scene where a twin-engine pilot can be seen in an empty lot.

There were two people on the plane, and neither of them survived the accident.

Officials were seen covering the bodies of victims in yellow cloth.

Signs and a broken window were seen in a nearby building as the plane supposedly hit it on its way down.

There were no reports of any people on the ground at the time of the accident.

The identities of the victims were not revealed.

19-year-old Pensacola woman killed in crash on I-10