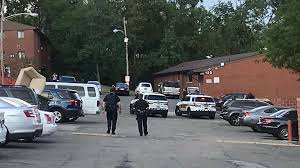 Another Philadelphia shooting accident left a man to fight for his life. According to police, this happened along 3000 Streets of Moore Street after 7 p.m.

Officials say a 37-year-old was shot in the head. The police took him to a nearby hospital, where he was listed in critical condition.

So far, no arrests have been made.

Bus crashes on NY Thruway; no immediate word on injuries