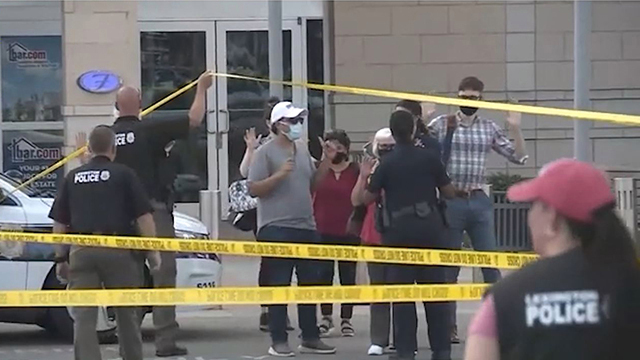 Police said that three people were shot inside a Kentucky shopping center, and one of them was announced dead at a later time.

The Lexington Police Department said in a post on social media that the shooting took place around 4 pm. Outside a store at Fayette Mall. Police later said the shooting did not appear to be random.

“It appears from the information that we have gathered so far that the people involved know each other,” Lexington Police Chief Lawrence Withers told reporters. “At least we know that the intended target may have known the suspect.

Officers evacuated the mall and inspected every store. Withers said three people were taken to hospital.

A police spokeswoman, Brianna Angel, said in a statement that the victim was killed. His name has been withheld pending notification of his relatives. The condition of the other two people who were shot was not released immediately.

Neither Withers nor Angel provided further details about the shooter. Police sought advice from the public to assist in the investigation.

Alicia Spurlock told the Lexington Herald Leader that she and her daughter had just left a store inside the mall when they heard multiple gunshots.

“It took me a minute to record what it was,” said Spurlock. “Everyone just started running.

Nashville Bomber to neighbor: The world is ‘never going to forget me’