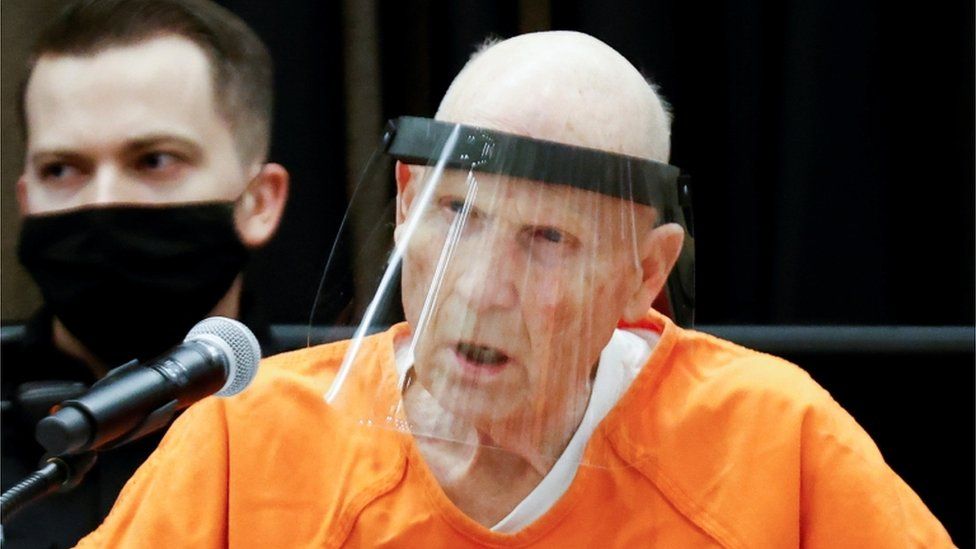 a former police officer known as the Golden State Killer for his crime across California in the 1970s and 1980s was sentenced to life in prison without the possibility of parole.

Joseph de Angelo, 74, who has evaded the authorities for decades, pleaded guilty in June to 13 counts of first-degree murder and 13 counts of rape in a deal that spared the death penalty. He also publicly admitted to committing dozens of sexual assaults that have expired by statute of limitations.

Sacramento County Supreme Court Justice Michael Bowman said in a rare statement on Friday that Di’angelo “will face his death trapped behind the walls of the state prison.”

“The court is not saying that Di’angelo does not deserve to be sentenced to death,” Bowman said, but given the age of the accused and the victims, the life sentence was more reasonable. Bowman said he hoped the survivors “will find some solution” after De Angelo is permanently placed behind bars.

On Friday, DeAngelo made a short statement in court addressing the victims and their families. He said, “I listened to all of your statements. Every one of them. I am really sorry for everyone who hurt. Thank you, your honor.”

Prosecutors said De Angelo admitted to harming 87 victims in 53 separate crimes in 11 California counties. As part of the plea agreement, he was required to register as a sexual offender and pay compensation to the victims or their families, in addition to any fees or fines.

The Deputy Chief Justice, Thane Ho, said that the scale of De Angelo’s crime “is simply astounding, including 13 known murders and nearly 50 rape cases between 1975 and 1986”.

DeAngelo’s crime spree began while working as a police officer in Exeter, a northern California community in the San Joaquin Valley near the foothills of the Sierra Nevada Mountains. Over the years, his crimes turned from a property chase into a series of rape and murder.

DeAngelo continued to marry and raise his family, running away from investigators’ efforts to find him for decades, before he was arrested in Sacramento County in 2018. It is believed to be the first high-profile case to be cracked by genetic genealogy. Authorities said they used “neglected DNA” to confirm that DeAngelo is a man of generations of authorities and citizen searches.

“His titles reflect the sweeping geographical impact of his crime,” he said in June. “Every time he ran, he slipped silently into the night, leaving communities terrified for years.”

Some of DeAngelo’s victims are in their 80s and 90s. Some died.

But those who were willing and able spent the week addressing DeAngelo in court awaiting his judgment.

Phyllis Henman said she was 22 years old and was “young and carefree” when her life changed forever in June 1976. She was alone at home with her sister while their father was out of town when he attacked De Angelo.

Describing the modus operandi of DeAngelo, which also included tying up partners and tying them to me, she said, he spends hours indoors, letting his victims wonder about the horror that will come next.

“Life as I knew it changed irreversibly that day,” she said in the statement read by her sister Karen Vue. However, DeAngelo’s arrest and the impending verdict meant that “his victims and their families are now free.”

A recent HBO documentary titled “I’ll Go in the Dark” details the horrific attacks and desperate efforts to find the killer, even as the years go by.

The documentary is based on the book of criminal writer Michael McNamara of the same name, in which she recounts her manic effort to reveal the identity of the Golden State Killer and her conviction that genetic genealogy will help her do so. McNamara, the wife of comedian Patton Oswalt, passed away in 2016, two years before de Angelo’s arrest.

On Friday, Bowman thanked McNamara by name, along with law enforcement authorities, other citizen investigators and DeAngelo victims for their “tireless persistence” in their quest to bring him to justice.