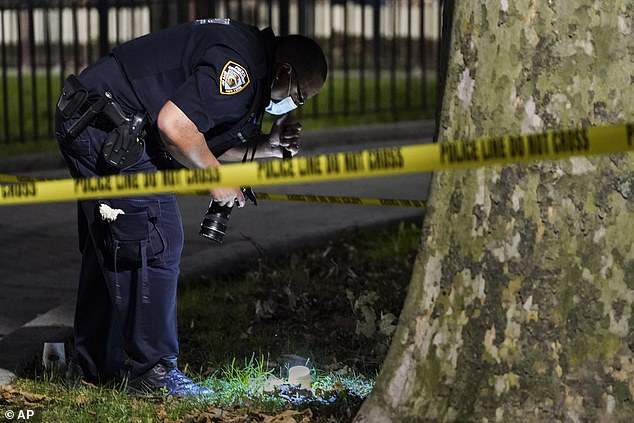 Police said seven people were shot and wounded – one of them fatal – in a three-hour wave of violence across the city.

A 20-year-old woman was also stabbed to death in the bloodletting that began around 4:30 pm. Police officers said it spread to Brooklyn, Queens and Manhattan.

Police said they found the woman unconscious with multiple stab wounds inside an apartment in Washington Heights on 163 West Street near Amsterdam Avenue.

She was transferred to Harlem Hospital and declared dead. An unidentified woman was arrested inside the same apartment and a knife was found at the scene.

After about 30 minutes in Astoria, Queens, a gunfire injured four men, one of whom was in critical condition.

At around 6 pm, bullets flew out in Harlem, hitting two men. One of the victims, 39, was injured in the left arm. The other man, 19, was hit by two bullets in the right leg. The two men went to Harlem Hospital and were expected to survive.

On the Upper West Side at about 7 p.m. Guardian founder Angels Curtis Sliwa was on hand as two men shot each other near West 98th Street and Broadway before fleeing to Frederick Douglass’s homes.

Salioua said he pursued the suspected militants in the apartment complex off Amsterdam Street, but was unable to arrest them.

At about 7:30 p.m. in East Flatbush, Brooklyn, a 26-year-old man was shot dead in a car suspected of being on East 92nd Street and Kings Highway, according to police.

Besides the woman detained in the fatal stabbing incident, no arrests were made in connection with the other crimes.

Search in Mexico hill collapse slowed by fears of landslides

A skydiver died after a “hard landing” during festivities leading up to a football...