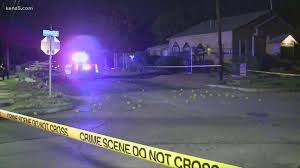 Philadelphia continues to suffer from gun violence as another shooting killed one man and injured another. According to police, the shooting broke out shortly before 6:40 p.m. Tuesdays on Front and Clearfield Street in the Kensington section of the city.

A 45-year-old man was shot in the chest. He was taken to hospital where he later died.

A 20-year-old man was shot in the right leg. Listed in stable condition.

36 dead, 109 unaccounted for as searchers at collapse site ‘not seeing anything positive’

Poland’s constitutional court rules that some European Union laws are in conflict with Poland’s...

Nearly 99% of Novant employees in compliance with COVID vaccine policy, around 375 suspended