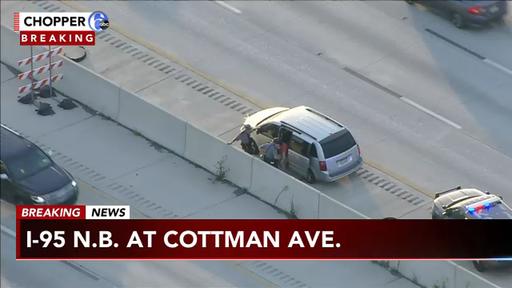 Police said a man was injured and killed while walking along I-95 in Northeast Philadelphia.

It happened shortly after 6 a.m. near Cottman Avenue on-ramp.

Witnesses say to police that the man walked on I-95 off Kutman Street.

Police said the victim was in highway travel lanes when he was injured.

The driver of the damaging car remained at the scene, cooperating with the police.

Two lanes to the north were closed during the police investigation.

Police said the track closure was expected for several hours.