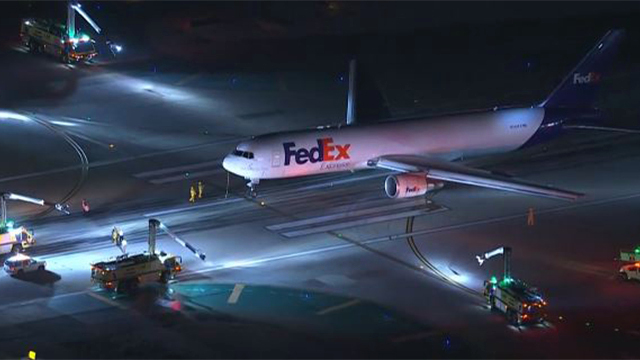 A pilot was injured after a FedEx plane made an emergency landing at Los Angeles International Airport on Wednesday morning.

A mechanical problem was reported on the Boeing 767-300 prior to landing, according to the Los Angeles Fire Department.

Video footage showed sparks coming from the bottom of the plane as it slid down one of the airport’s runways.

The airport said in a tweet on Twitter that a person, identified as a pilot, was injured in the leg while leaving the plane.

The Los Angeles Fire Department said in a news alert that the victim had been taken to a local hospital with an injury that was not considered life-threatening.

The administration said that two people were on board the plane at the time of landing.

A man dies after being hit by a car in Waterbury