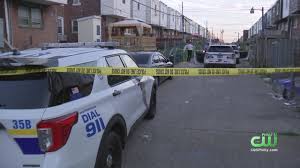 A 28-year-old man was killed after Philadelphia police said he was shot while sitting in his car in Olney. This happened shortly after 6:30 pm. Tuesday near the 5000 block from North 8th Street.

Police say the victim was sitting in his car when a gunman shot him once in the chest.

The 28-year-old was transferred to the Einstein Medical Center, where he was pronounced dead.

So far, no arrests have been made as gun violence continues to rage in the city.