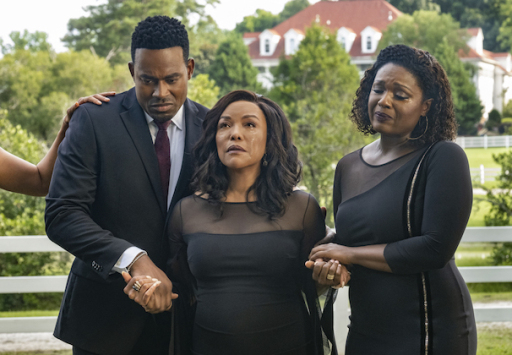 A homeless man who was staying in a hotel in South Florida as part of an effort to stop the spread of the Coronavirus has been charged with stabbing another guest in the throat.

While there, investigators said, Morgan met with Alfonso Washington, who had been staying at the hotel for two months as part of Fort Lauderdale officials’ efforts to house the homeless.

Morgan checked in at around 9 pm. Early the next morning, the front desk clerk asked about the check-cashing shop, the arrest reports said. When he got back to the hotel he had breakfast and then left in a taxi to go to Walmart.

After 10 am, Washington got into an argument with Morgan, who was sitting outside his room in a chair, according to the report.

The surveillance video from the hotel was skipped at that point, but the police believe the men entered the room together. At 10:13 a.m. Washington is seen leaving the room, sitting in a chair outside, and then wandering around until about 11 a.m.

At that time, a housekeeper passed by and heard an altercation between two men. The newspaper told investigators that it recognized Washington’s voice through previous interactions with it, the newspaper reported.

The video shows Washington leaving the room at around 12:30 PM. He was carrying a bag.

Morgan was found in a hotel room bathroom later that day. The arrest report said that his throat had been crushed so badly that a person had to be “tapped”.

A Washington roommate told investigators that Washington washed his clothes in the laundromat before leaving with an iPad he had never seen before. The police searched the room and found a white face mask with “Martha’s Vineyard” printed on it.

When Washington returned to the hotel, he agreed to go to the police headquarters to speak. He denied killing Morgan. The arrest report did not mention the motive for the killing.

Washington is accused of murder. The prison records do not mention his lawyer.

Court records show Washington has a long criminal history, including her conviction for the murder of a woman in Homestead in 1985. The South Florida Sun Sentinel newspaper reported that due to bad weather in the area.