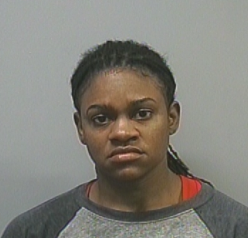 A woman, who deliberately drove on the track of a semi-trailer on a highway, killing her 10-year-old daughter and seriously injuring her 6-year-old son, was sentenced to 18 years in prison. Kia Ferguson, 38, from southern Euclid, will have its driver’s license suspended for life under the ruling late last month. In June, she had pleaded guilty to murder and attempted murder.

The accident occurred in Mentor in January 2019. Authorities said Ferguson deliberately pulled out of the semi-trailer that was traveling on Interstate 90 westbound between state roads 206 and 615.

The driver of the semi-trailer was unhurt.

Ferguson’s attorneys said that in the months before the accident, she was working in a high-stress job and her mental health began to decline. Things got worse when she was fired.

Golf pro Gene Siller was killed as he witnessed a crime, police say

Arc de Triomphe to be wrapped for posthumous work by Christo