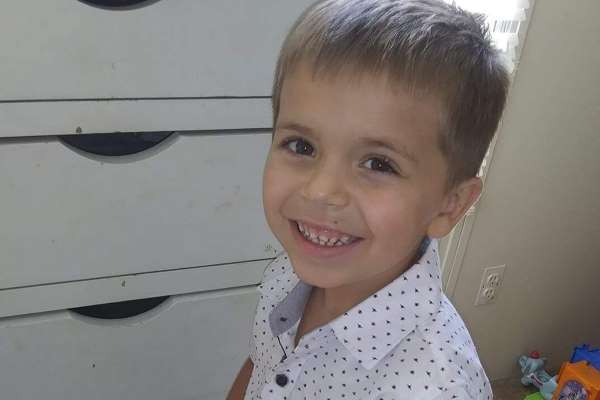 A North Carolina man was accused of killing a five-year-old boy after being shot at close range on Sunday.

Darius Sissums, 25, was arrested by Wilson Police Department on Monday after he boarded Cannon Hinant, 5, and shot him in the head.

The boy was standing outside his father’s house when Mr. Sissoms shot him.

Cannon had just learned how to write his name and would be starting kindergarten this year.

His mother told the Wilson Times that he was “just a loving child” with a “big heart.”

“It’s devastating. Nobody should ever bury their child. No mother should go through this,” she said.

Mr. Sissums lives next door to the Cannon family and had previously had dinner with them, according to the neighbors.

“[Mr. Sissoms and I] used to play together and I never thought he would kill someone,” Rachel Pipkin, one of Cannon’s mother’s cousins, told CBS News. “A mother now has to put her son to rest at the age of five which she should never do. He will never be forgotten.”

According to GoFundMe set up for the family, Mr. Sessoms shot Cannon for riding his bike at Mr. Sessoms’ yard. Police have not released information regarding the motive at this time.

GoFundMe reads, “A beautiful 5-year-old who was riding his bike was shot by his neighbor while he was empty in Wilson, NC.” “In one minute he is enjoying his life, and in the next minute it is all over because he rode in his neighbor’s yard.”

Mr. Sissoms fled the scene of the shooting by car, but was later arrested at a house in nearby Goldsboro.

He was charged with first degree premeditated murder on Monday, while he is being held without bail.

A man in his forties hit a bullet in Kansas City, Kansas