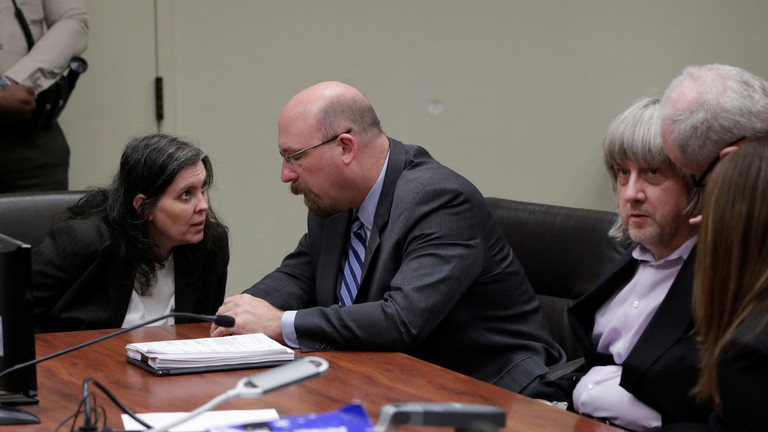 A court sentenced a life sentence with the possibility of parole after 25 years on a couple convicted of holding their 13 children inside their home in appalling conditions.

The Supreme Court in Riverside County, California, issued this ruling against David and Lisa Turpin in the case that caused widespread resonance in the United States and is known in the media as the “House of Horror” file, as it was found that the spouses (57 and 50 years) had detained their children between the ages of two to 29 years Inside the house they were tied to the bed and deliberately starved, in addition to assaulting them.

The couple were convicted in total of 38 counts, including torture, ill-treatment of persons under guardianship, child abuse, and illegal imprisonment, in addition to accusing the husband of obscene behavior against a child.

The spouses, who initially declared their innocence, agreed to conclude a deal with the judiciary and confess their guilt, in exchange for a reduced sentence.

The children were released from their prison after one of them, 17, managed to contact the police by phone.

Two men, both 18, were killed in a shooting in the capital, New Jersey