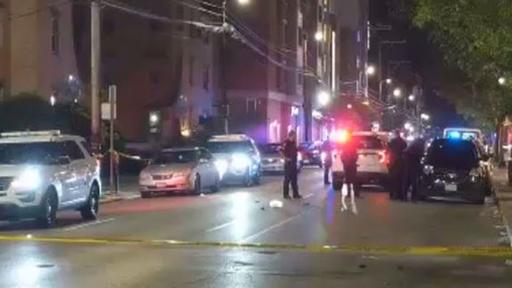 Two bystanders were killed and two others injured in a suspect vehicle in a high-speed police chase, according to Cincinnati Police Chief Elliot Isaac.

Cincinnati Police say the Organized Crime Investigation Team and members of the Alcohol, Tobacco, Firearms and Explosives (ATF) Task Force attempted to stop a vehicle with three subjects in a criminal investigation continuing around 4:20 p.m.

The suspects fled and eventually crossed the John A. Roebling Suspension Bridge and entered Newport, Kentucky.

According to the authorities, the suspected car lost control and collided with four pedestrians. Two died, and two others were hospitalized with non-life-threatening injuries.

Ishaq said that the suspects sustained minor injuries while they were being held by the authorities.

“We are always examining the prosecutions … due to the nature of the crimes that individuals commit, we cannot allow them to roam freely. However, we have to be mindful of public safety,” he told WCPO.

Witness Steve Kamenetti told the station, “A car came flying – maybe 90 miles an hour – it missed me maybe a centimeter.”

Kamenetti said the suspected driver dodged a car at the intersection before losing control.

“It crashed into the building. There were some people sitting there

Toddler lost in Australian woods for 3 days out of hospital