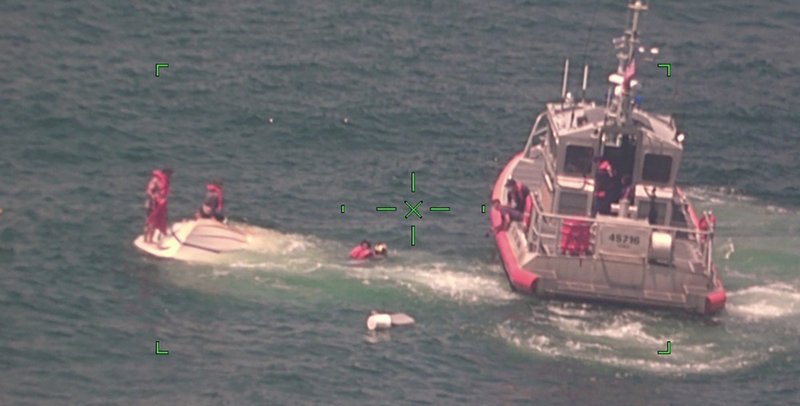 Two children and their parents clung to their upturned boat in the Gulf of Mexico so that the Coast Guard could save them.

Non-commissioned officer Sydney Phoenix said the children, ages 8 to 11, and their parents were all in good condition when they were rescued.

The family called on the radio Wednesday morning to say that their 20-foot (6-meter) boat was swimming in the Gulf of Mexico off the coast of Venice, Louisiana, according to a Coast Guard press release.

Once the cabin crew identified the boat 17 miles (27 km) southwest of Bass, the helicopter was able to drop a rescue swimmer to help them until the coast guard boat arrived.

“The fact that they were able to communicate on Channel 16 using their radio and report the situation and the number of people on board greatly helped the crews in the search,” said First Lieutenant Commander. Patrick Plummer, coordinator of search and rescue missions in the Coast Guard’s New Orleans sector. “The crew knew what they were looking for and the general area from which the call came from and which resulted in the safe return of the family.”

All four were wearing life jackets.

Phoenix said the records do not indicate where the family is from. She said that since none of them had any medical problems, they left once the helicopter was returned to Venice.

Protests in Berlin for and against coronavirus restrictions