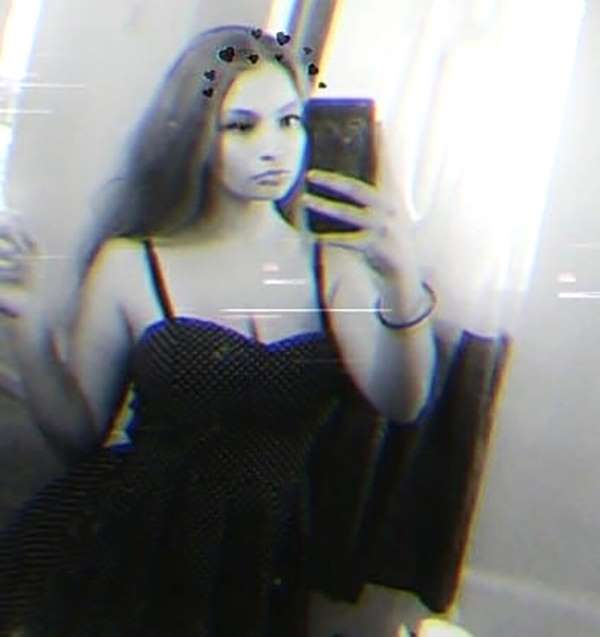 A 19-year-old pregnant woman in California was tragically murdered by a driver who allegedly hit and ran and is now facing a series of criminal charges.

Ottom Frank was seven months pregnant, according to Fresno Police, and was crossing the street with her younger sister when 32-year-old Kenneth Carter rammed her into his car and continued to drive.

He ended up calling 911 after about 25 minutes.

According to investigators, Carter allegedly told them that he had not stopped because he thought he had struck an animal.

Carter was arrested for murder and absconding as well as manslaughter and driving with a disabled license.

He’s out of prison.

It was not immediately clear whether he had lodged a petition or had hired a lawyer to comment on his behalf.

KFSN-TV was present as Autum’s friends and family gathered in a park just a few blocks from the site of her death.

Utem’s mother, who did not name the station, said: “I know that she is in heaven carrying her baby, my grandfather.”

KMPH-TV was also there, speaking to the victim’s fiancé, Alex Martinez, who was still struggling to understand the future without Autum, the aspiring cosmetologist.

Martinez told the station station that he and Utum had already chosen the name of the child they were expecting: Davina: “I cannot continue without them … I wish I had been instead.”

Martinez said, “I would have been a great dad if she’d been a good mother.”

Utm’s aunt Katrina Barnes told the station, “I went because someone was carelessly driving down the street much faster than he should have been and not paying attention.”

KFSN-TV contacted Carter for comment, but instead contacted his mother, who said that she had condolences with the Utm family, and that she would pray for them and her family.

GoFundMe launched an online fundraising campaign for the Autum and Davina funeral.

A man was shot dead in Hillsdale, East Missouri

Powerball jackpot rises to $635M due to ticket-buying surge