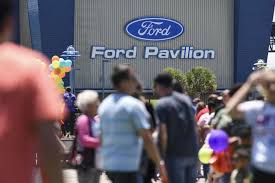 Police said a 16-year-old was wounded by several bullets in a roll-on battle in a St. Louis street.

The St. Louis Post-Dispatch reported that the shooting took place in Ferguson. Police said the teenager was with a group of people in a car, and they quarreled with another group in another car. Then both groups pulled their guns and started shooting.

Police said only one car remained at the scene when the officers arrived. The police believe the teen will recover from his injuries.

There were no reports of arrests in the shooting

‘It smells like death.’ Unpleasant smell returns to Huntersville neighborhood

Sept. 11 monument is defaced by vandals in South Carolina