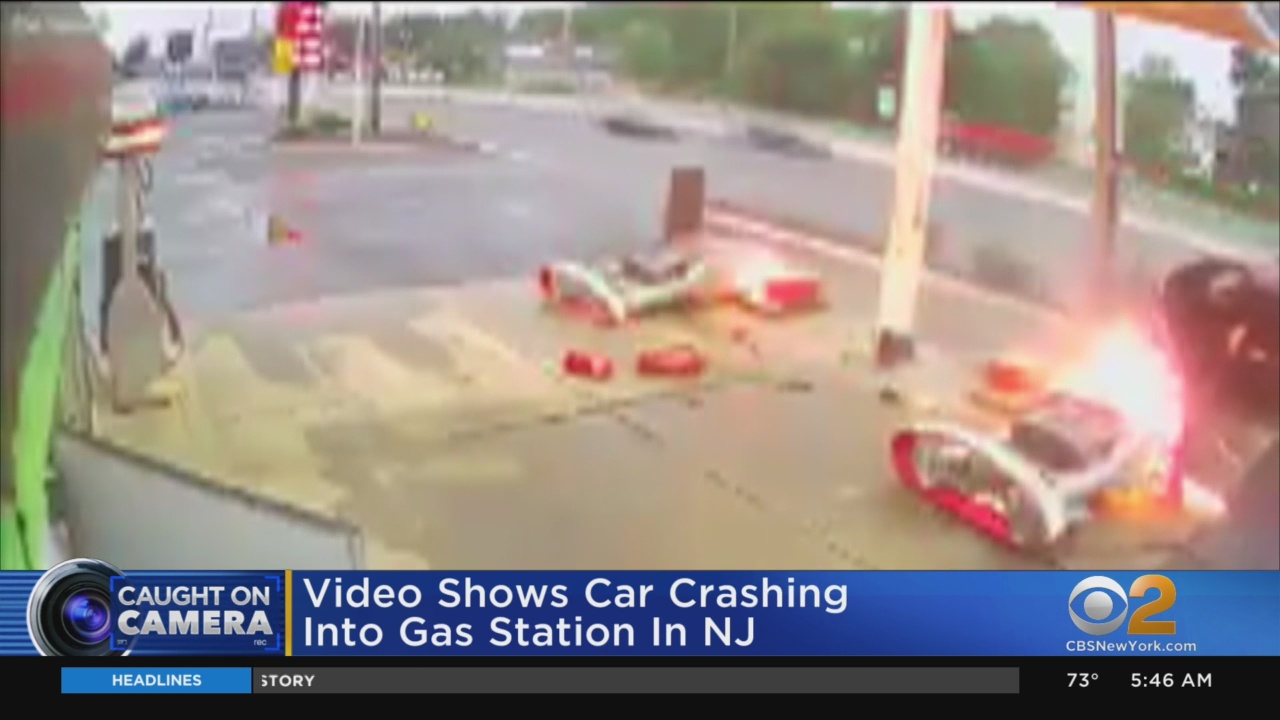 A gas station in New Jersey was set ablaze Tuesday morning after a car collision caused a car to collide with a pair of gas pumps, setting it on fire, authorities said.

The accident occurred when Tropical Storm Issaias landed in the state. A video released by police showed a car driving along Route 1 in North Brunswick as it tried to switch to a gas station. Then a red car wiped the car’s spinner before flipping over to its side and collided with gas pumps.

“We are fortunate to say that there have been no reports of life-threatening injuries,” the North Brunswick Police Department wrote on Facebook. “Just a reminder. Please be careful while driving, especially days like today.”

Isaias hit New Jersey with heavy rain and winds, causing at least two typhoons and cutting power lines across the beach area, according to NJ.com. Driving conditions were affected throughout the country.

New Jersey Gov. Phil Murphy declared a statewide emergency that begins at 5 am as the storm was expected to affect the region. He advised to limit road travel “except for the most urgent necessity”.

Murphy wrote on Twitter: “Don’t be on the road unless it’s absolutely necessary if you have to drive, take things slowly, be careful, and leave extra time to get to your destination.”

According to the newspaper, the authorities have yet to disclose additional details of the incident, and it is not clear if the court issued a summons.

Domestic issue led to crash, standoff on I-35 Saturday