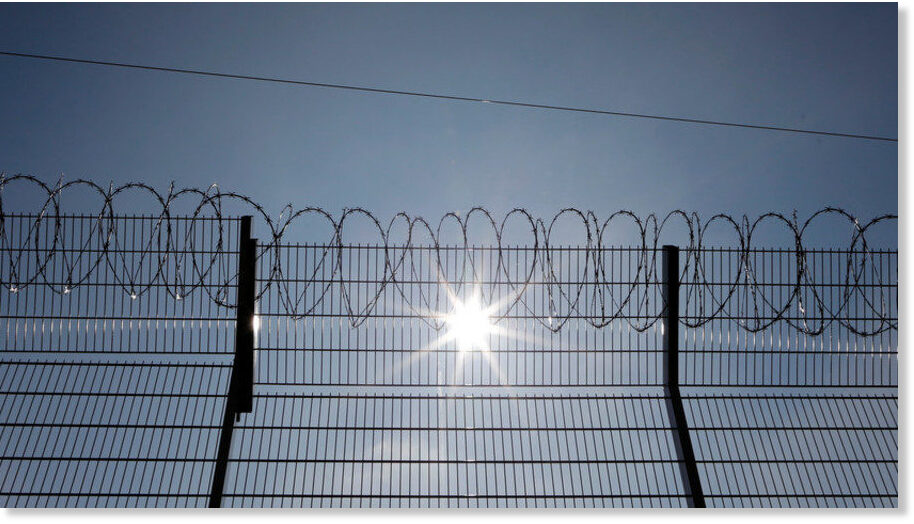 At least four people were injured by riots that erupted last night in a prison in Georgia State.

A Newsweek magazine quoted a spokesman for the Ware prison in Waycross as confirming that the riots broke out at about 10.40 a.m. and the guards managed to regain control of the prison situation until the first hour of the night.

The spokesman confirmed that two of the guards suffered light injuries, and two prison inmates were injured, not threatening their lives, adding that the situation is now under control and the prison is still closed.

The prison administration did not provide any additional information that highlights the cause of the accident, while activists on social media circulated videos said to have been recorded inside the prison last night.

The footage shows prisoners moving freely inside the prison against the backdrop of fires inside, with gunfire heard.

Media reports spoke of multiple bullets being fired inside the prison last night.

The report stated that the prison had been closed since the death of one of the detainees two weeks ago, and it is believed that he died due to wounds sustained as a result of a fight with another prisoner.

Reports also indicated increased tensions in the prison, due to the outbreak of the newly created Corona virus and the fact that detainees with the epidemic did not receive the required medical care.

According to official data, two of the prison inmates died from contracting the coronavirus, and 22 other detainees and 32 staff members were discovered there.

And it works in the prison, where the number of detainees reaches about three thousand people, about 15 officers only at the same time.