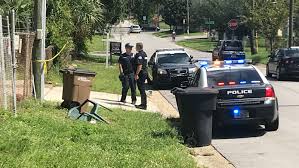 Pensacola police reported that a seven-year-old was shot dead.

Families have identified the child as 7-year-old Anna Nettles. The family says they have called it “Fat-Fat”.

Police originally confirmed the victim to be 3 years old, but it was later corrected.

The accident occurred in the area of ​​600 NB Street, according to the police.

Police say the netters may have been shot by another small child. A person was arrested after he was found hiding in the yard behind the house and the officers chased him.

The police added that the little girl was found on the front porch.

Police set up a crime scene on the streets of N B and Jackson.

From kids to adults: How 9/11 impacted them

A man was injured and killed in Pensacola

I-85 South closed near W.T. Harris Blvd. for overturned tanker