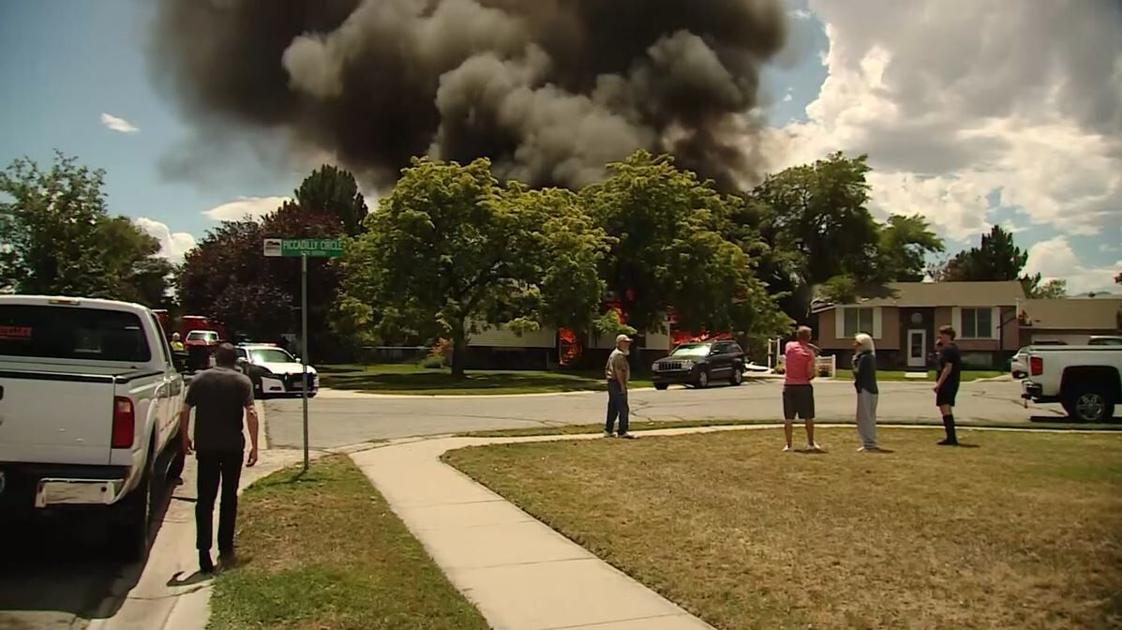 A small plane carrying six people crashed in the backyard of a neighborhood on the outskirts of Utah, killing three, according to several reports.

A spokesperson for the West Jordan Police Department stated that the Piper PA-32 crashed in the backyard of two houses in western Jordan, a city located about 15 miles south of Salt Lake City. The accident also destroyed three other houses.

The authorities identified the three victims as the pilot, Lee Wikov, 43, his 9-month-old child, Coral Wikov, and Milda Chipones, 36.

Police said four others were wounded, including the wife of the deceased pilot, Rebecca Wachov, 36, who is in critical condition, and Cody Mitchell, 2, who was badly burned in the arms and legs.

Shepones daughter, 12, Vida Shepherd, was treated for injuries and released. Mary Quintana, 72, was reportedly sitting on its roof at the time of the crash and was seriously injured.

It was not clear what caused the crash. The authorities say the group took off from South Valley Regional Airport in Salt Lake City, about five miles from the crash site.

The 911 call was made around 1:40 pm local time by 68-year-old Terry Robinson, who heard the crash and witnessed the fiery consequences.

“It’s scary. Robinson told The Times:” We’ve been in the neighborhood for a long time, so we know many people. It was red and hot. You can see the fire rising in the air and then it was just black smoke. “

“This community met very well in an effort to help people get out of the houses and get out of the plane,” battalion chief Darren Montgomery from the Fire Department in western Jordan told the newspaper. “It was a joint effort. The calls came very quickly regarding the accident.”

Both the FAA and the National Transportation Safety Board are investigating the accident.

2 dead after truck overturns, is hit by vehicle in Michigan