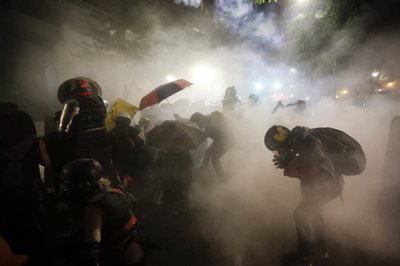 Police said four people were wounded in the shooting at the Flint Township restaurant.

The officers responded at approximately 4 am to a Mega Classic Diner shooting report, according to MLive.com.

The authorities said that a 25-year-old woman, a 31-year-old man and two 26-year-old men had been shot. They were all taken to hospital, but their conditions were not immediately available.

Flint Township Police Lieutenant Brad Wangler said it did not appear to be a random accident. The police were investigating the cause of the shooting, include the surveillance video.

“We are working with the crime lab (Michigan State Police) now to determine what happened inside the organization, which led to (the shooting),” said Wenger.

A suspect was arrested, but he was not charged.

Plea and a trial loom in next month for Giuliani associates

4 die after an explosion at a sewage plant

Team of the Week: Shawnee Mission North Cross Country in it for the long...

One dead and 5 injured at Detroit banquet hall shooting, the expanded child tax...

Man, child shot outside a motel near Orlando