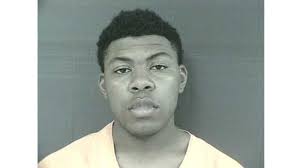 Authorities said a man wanted for a murder in Alabama was arrested in Mississippi.

Eric Markett Hayward, 23, was arrested in Ridgeland, Mississippi, according to Captain Jack Kennedy, Commander of the Violent Crime Unit in Tuscaloosa. Hayward was wanted in the death of Leona Tucker, 21, who was found dead in an apartment in Tuscaloosa on Sunday.

The authorities said Hayward was charged with murder in her death. Police have not released details of the killing or the arrest of Hayward in Ridgeland, about 200 miles from Tuscaloosa, near Jackson.

“This investigation is still going on with a lot of work to be done,” Kennedy said.

Ammash: Voters should have no choice but Trump and Biden

Amazon removes a shirt printed with the murder scene