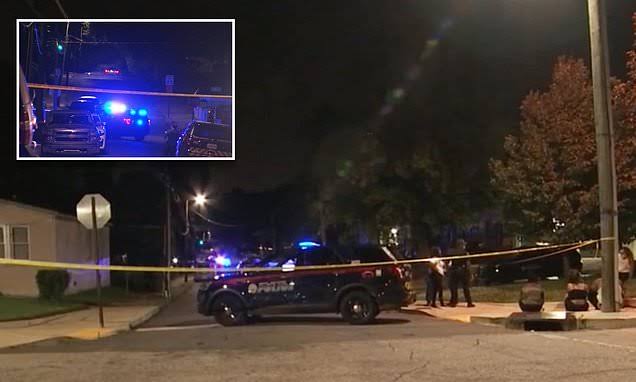 Police said a man was shot dead in Atlanta early after an adventure abroad to investigate the reason for the blackout in his home.

The victim, whom Fox5 Atlanta described as a man in his mid-30s, was renting the property where the attack took place.

“At some point the electricity was cut off from that house. Two residents of that house went out for interrogation, at which point at least one person, maybe two suspects, shot our victim,” Atlanta police house lieutenant Pete Maliki told the station.

The motive for the shooting was not immediately clear, and the police say that it does not seem to have stolen anything from the victim, who died at the scene.

Investigators told Fox5 Atlanta that the man who went out with the victim said he ran inside to ask for help after hearing three shots.

The police, quoting statements by the other tenant, added that one of the suspected attackers was wearing a dark-colored jacket.

The killing also occurred close to another fatal shooting two days ago, but the police say the incidents are unrelated,

4 killed and 5 wounded in a Cincinnati Bank shooting

The driver is quick to behind the death of a man on an ATV...