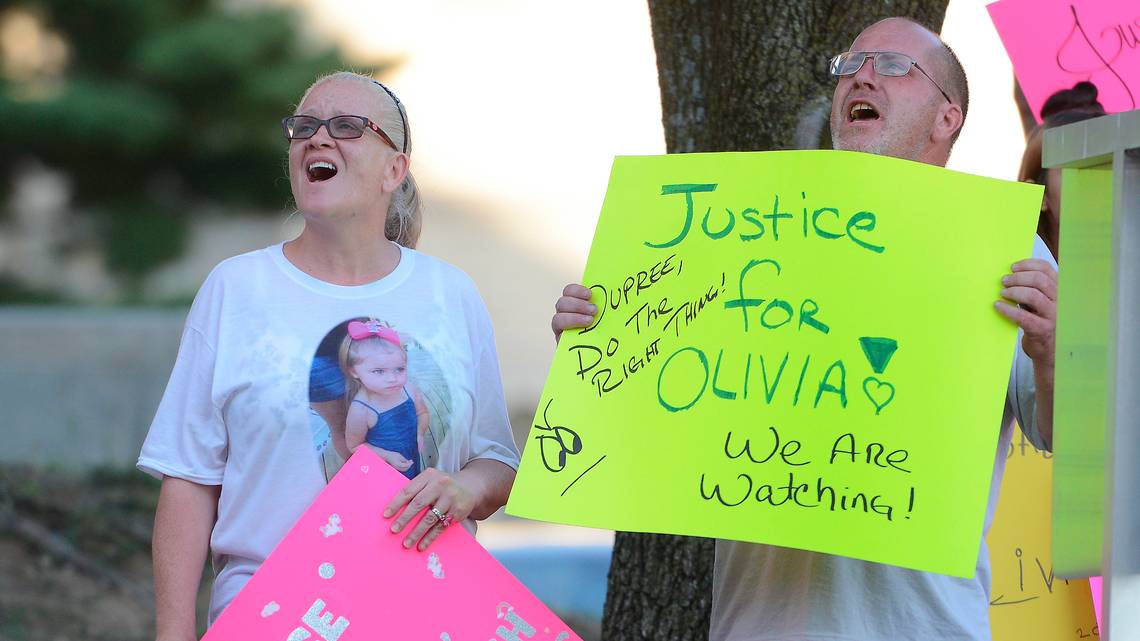 The grandparents of a 3-year-old Kansas girl who had been killed said they had raised concerns about her safety with child protection services before her death.

The girl’s grandfather said: “She went because of him, she, and the system that will not help us.

This is the most recent case in Kansas of a child dying after family members contacted welfare officials.

The body of Olivia is found nearly nine buildings from her home in Kansas City, which her father reported missing. The authorities have not revealed how she died.

Elizabeth Jansen said she had spoken to the Kansas Department for Children and Families, expressing concerns about the presence of drugs in the home where Olivia lives.

Her grandfather said: “We knew it was bad, but we had no idea what we were discovering now.”

Grandparents said that their son and Kirkpatrick kept Olivia from them, and they had not seen the girl since March, adding that Olivia’s biological mother would allow them to care for the girl as soon as she was released from prison.

Laura Howard, secretary of the Department of Children and Families Affairs, said her agency is reviewing serious events to determine whether there are any policies or procedures that must be addressed.

Grandparents were among dozens if people gathered outside the Wyandotte County Court when Attorney General Mark Dupree announced that their son and girlfriend had been charged with a murder, further exposing a child and criminal desecration to Olivia’s death.

Dupre said there was nothing he could say to ease their pain, but he vowed to seek justice for “the girl Olivia.”

Olivia’s grandparents said that the little girl was once rude, but she lost some point sometime.

“She knew she was going to die,” said Elizabeth Jansen.

1 dead, 5 injured in a multi-vehicle crash on Tacony Bridge in Palmyra, New...