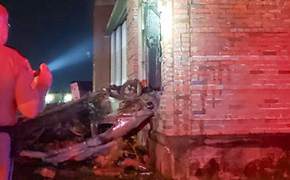 Two men were killed after a car collided with a building in Pensacola, Florida early in the morning.

At 12:11 am, the Florida Highway Patrol was called to the Junction of Copter Road and Hamon Street to report a single vehicle hitting a building.

Investigations revealed that the 2013 Chevrolet Camaro was moving west when it veered off the road and crashed in the Rovermart Southeast, located at 3,175 Copter Road. Reproductive Health Agency said the building and vehicle fire after the collision.

The driver and passenger of the Camaro were declared dead on the scene and were not identified, according to the FHP.