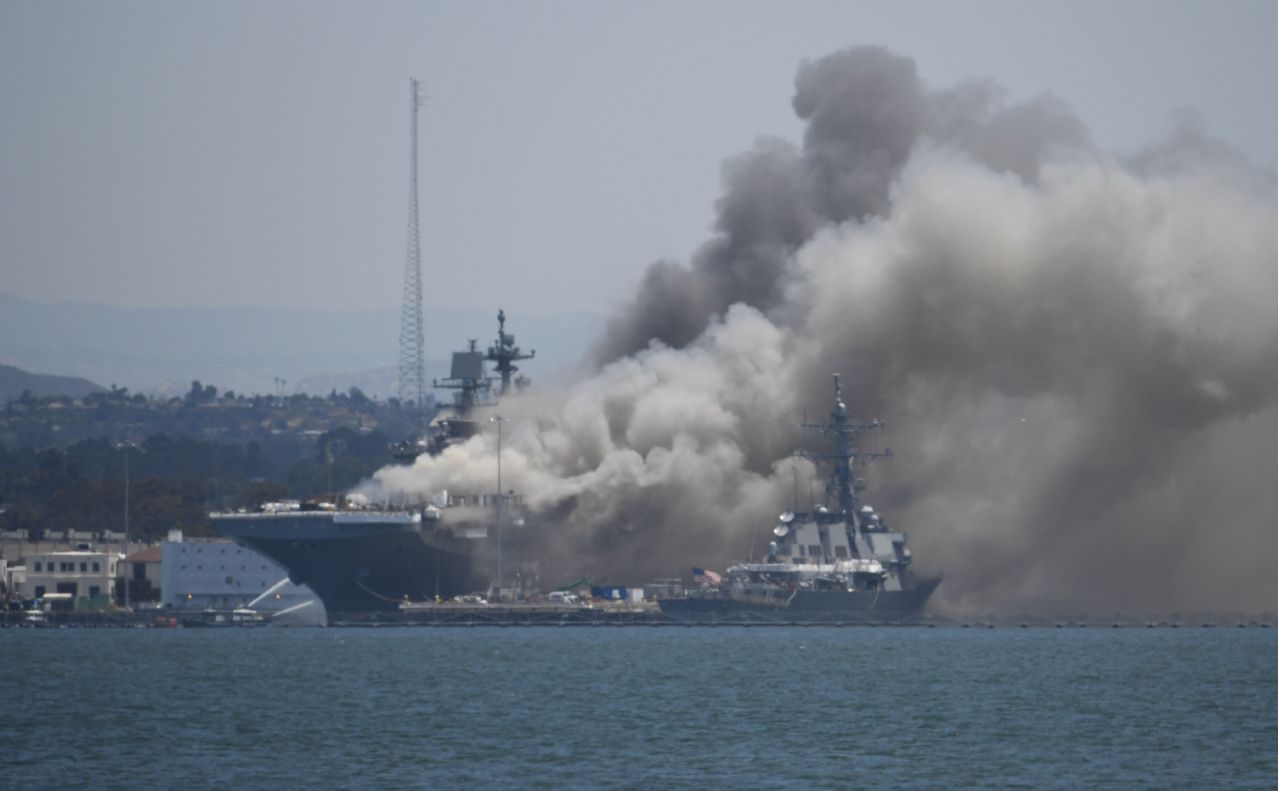 Officials said that an amphibious assault ship caught fire at the San Diego Naval Base, which led to an explosion on board that injured 17 sailors and four civilians and filled the sky with dark smoke.

The USS Bonhomme Richard crew has all been reported out of the 840-foot-high vessel, according to a statement from the Surface Navy, the U.S. Pacific Fleet.

The 17 sailors and four civilians were transferred to local hospitals with life-threatening injuries.

The statement said the fire was reported at about 8:30 am and several sailors were treated after the explosion, according to the San Diego Fire Department.

Officials said that approximately 160 sailors were on board at the time, which is much lower than if the ship was in active service.

At about 1:00 p.m., the USS Fitzgerald moved to a dock outside the fire. USS Russell moved after about 30 minutes.

San Diego is the home port of Bonhomme Richard and was subject to routine maintenance at the time of the fire. The ship has the ability to deploy and land helicopters, small boats and amphibious vehicles ….

Obama family matriarch has died in a Kenyan hospital at 99

PERSON HIT AND KILLED BY AMTRAK WEST OF PROVIDENCE STATION

3 people killed and 4 injured in a house party shooting in Wilmington, North...

A man was killed in a shooting in Mayfair