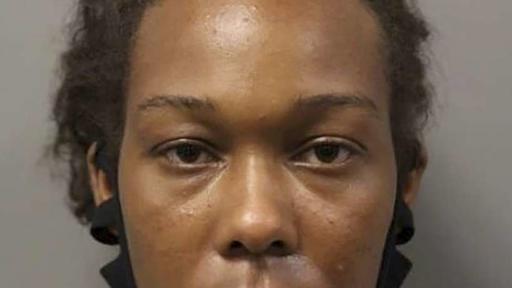 A Maryland woman accused of starving her 15-month-old daughter for more than three weeks was charged with first-degree murder for the child’s death, police said.

Kirara Tolson, 23, of Silver Spring, told investigators that she put her daughter’s body in a full bag and trash bags after her death last month and disposed of Cald’s body in a rubbish bin in her apartment complex, Montgomery County Police Department said in a news release. Release.

Police said Tolson told investigators that she had starved her daughter, Blair Niles, for nearly three and a half weeks.

Tolson was arrested after one of her acquaintances called 911 to inform her that Tolson told her that she had killed her child, according to the police.

The boy’s father told investigators that he last saw his daughter on April 17 and had had no contact with Tolson since then.

State District Court Judge John Moffitt ordered Tolson’s detention at a hearing on Thursday, according to Ramon Korionov, Montgomery County attorney spokesman John McCarthy. Kuryunov said that a public defender like Tolson at the hearing. The remaining message with the Public Defender’s office was not immediately returned. Tolson is due to return to court to attend the bond review session.