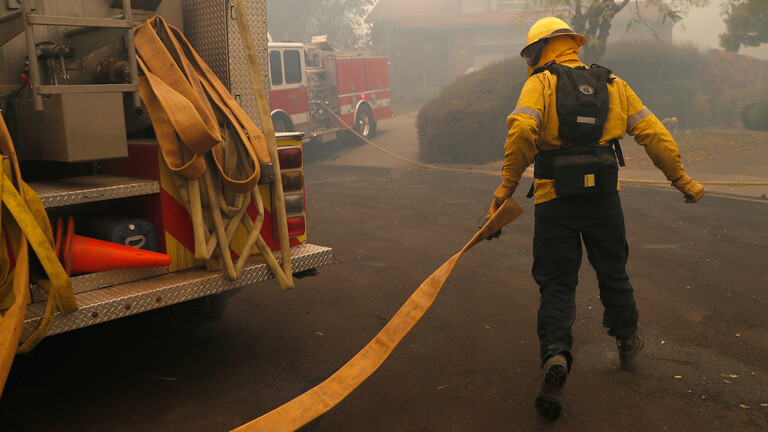 US media circulated exciting clips showing a former athlete picking up a child whose mother threw from the balcony of one of the upper floors of a burning building in order to save him from death by burning.

This video shows a former soccer player, former Marine, Philip Blanks, 28, running to the building to catch the three-year-old at the last minute.

Blancs, who now works as a bodyguard, said the events were developing very quickly, explaining that he had left his home when he heard screaming in the street and did not even wear shoes.

He continued: “I was running and saw nothing but the child.”

Blancks was not the only hero in this dramatic story, and another citizen named Alexander Dartanian, who rushed to the burning building and pulled out the sister of the eight-year-old rescued child, was at the scene of the accident.

The two children who were injured remain in hospital.

CMPD investigating homicide along I-85 in north Charlotte