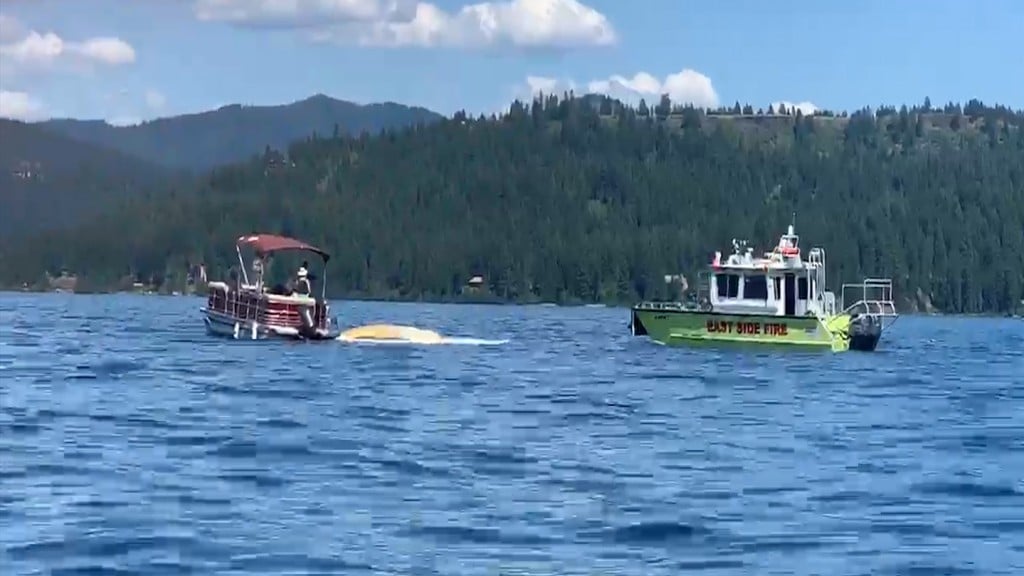 Two planes carrying at least eight people collided over Idaho Lake, where they collided with 127 feet of water. The Kotenai District Sheriff’s Office confirmed that there were no survivors.

One of the aircraft, a floating plane operated by a tourist service, was carrying five passengers, including three children and a pilot, the police warden office said.

Al-Sharif’s office said that the other plane was carrying at least two people.

The office said the bodies of three victims had been recovered as of Monday evening from Lake Koir Dalen.

Sharif’s office said he had identified five of the six passengers on the tourist plane: Pilot Neil Lunt, 58, Sean K. Frederickson, 48 years old, 16-year-old girl, 11-year-old boy and 16-year-old. The big boy. The Sheriff’s Office said that all children are children and children of Frederickson. The sixth person on board is yet to be identified.

The passengers of the other plane were identified, but their closest relatives are still in contact.

Witnesses told the authorities that the two planes collided and then crashed in the lake, according to Sharif’s office.

In an interview with Kerem, Angie Bishop told the scene, “Suddenly from scratch, huge and large fire breaks out. It is like a full flame in the sky.” “My friend and I are standing there only. You can see wreckage falling with it and you can say it was clearly a plane in the sky. But it fell to the ground and was followed by loud noise.”

The authorities said that the National Transportation Safety Board would investigate the accident, and there were several law enforcement and first-response agencies on the site including the US Coast Guard units.

According to the National Transportation Safety Board, the aircraft concerned were Cessna TU206G and de Havilland DHC-2.

The Sheriff’s Office said that Brooks Cables, from Curr de Allen, Idaho, which operates scenic excursions over the lake, was operating an aircraft. The tourist group declined to comment.

Jacksonville police said an unborn child is dying after a pregnant mother was shot...

After year of remote learning, metro students and parents working to get back on...