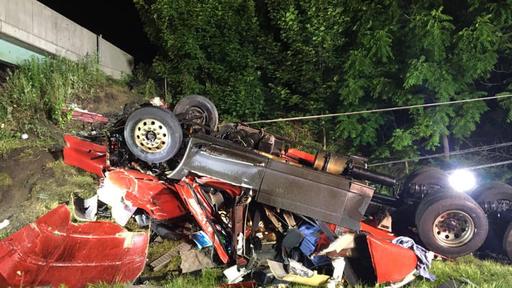 Two people were killed and three others were seriously injured after two vehicles were crashed.

Killed when the drivers collided, Haile Thompson, 21, from Mt. Gilad and Alyssa Payne, 18, from Bloomville, according to the Ohio Highway Patrol.

The patrol said in a press statement that three passengers in the Pine car were taken to hospitals suffering from life-threatening injuries.

The accident happened around 3:55 pm. The patrol said it was within close proximity to 1 mile after crossing Pontiac G6 from Thompson East 2008 middleway to the Nissan Versa road westward led by Pine.

Herschler’s case was fair and stable on Wednesday morning, while Vanderpools was in a critical condition.

No alcohol or drug crashes were suspected. The patrol said that Thompson was not wearing a seat belt.

Two girls killed in a house fire in a suburb, and four adults were...

‘No parent should have to bury their child’: Community still reeling after deadly shooting...