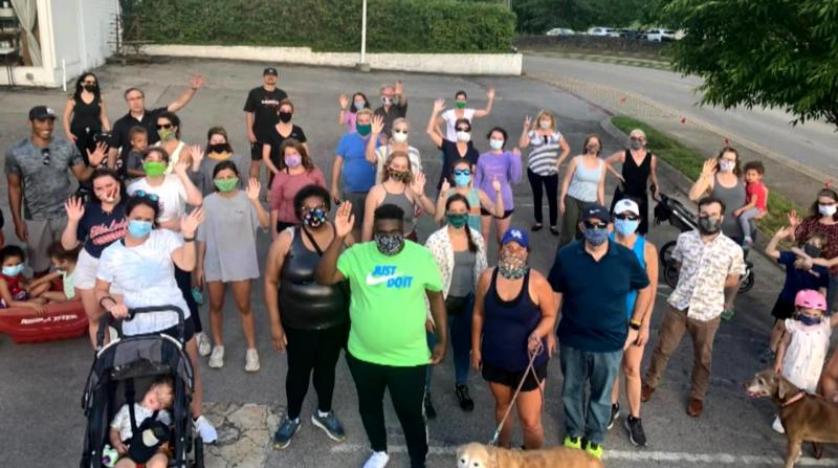 Hundreds of people joined Sean Drumgol and marched to his side in his neighborhood, Tennessee, after he shared his fear of walking into his neighborhood because he was a black person.

Dromgul (29) grew up in a southern neighborhood in Nashville, where his family has lived since 1966 when his grandmother bought a house there.

And for several decades; His family was surrounded by other black families, institutions and communities, and they felt that they belonged to this neighborhood. But 54 years after his grandmother moved there for the first time, Drumgul stated with his feeling that he could not even walk safely in his neighborhood without fear for his life, according to CNN.

On May 27, he wrote in a post on social media: “Yesterday, I wanted to roam the neighborhood in which I live, but the fear that my family would not go home alive kept me on the front porch.”

By that evening; More than 300 people from his neighborhood and the surrounding neighborhoods left comments on the post, and they all offered to walk with him.

“I did not expect anything … I simply wrote a post about the way I felt, without asking anyone to walk with me or anything like that, but one after the other they kept saying, they said,” Drumgul said about his participation on social media.

They will walk with me, and I was thinking: Okay … let’s get off tomorrow. ”

One day after writing the post, Dromgol found over 75 people ready with him for Walking with Sean.

The movement and walk have not stopped since then.

The United States is going through intense national talks on racism and discrimination, in the wake of historical protests and incidents of violence on the part

US factory growth up in September despite supply woes