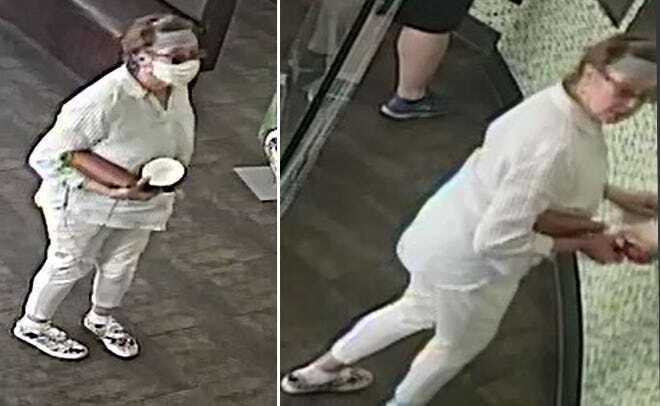 The police are searching for a sixty-year-old woman accused of having deliberately coughed up a child of his mother, Hispanic-American, inside a store in San Jose, California.

Miria Mora, the mother of the infant, told the police that the accident occurred when she escorted her one-year-old child with his grandmother’s cart to a ice cream parlor in San Jose, where the white woman did so, accusing her of not having committed to social distance.

Mora added that this lady showed her anger while standing in the queue, saying that she was very close to her, took off her muzzle and coughed more than once and directly to the face of her child.

I followed it intentionally. Did not cough by chance No, I deliberately coughed in the face of my son, confirming that her child was shocked by the accident and had a slight fever following him, but his condition improved later.

And I suggested that the incident was motivated by racism, because she belongs to Latin origins, and she said I think this woman may be racist because she started to harass me and my family after I heard that I speak Spanish to my grandmother, she was very close to the people in front of her, and they were also white and did not say to them Anything, she had no problem with that.

The city police released a video clip recorded by surveillance cameras, documenting the incident, and requested public assistance in identifying the woman, who is suspected of carrying out what she described as “an assault case.

Police planning to reinstall Capitol fence ahead of rally