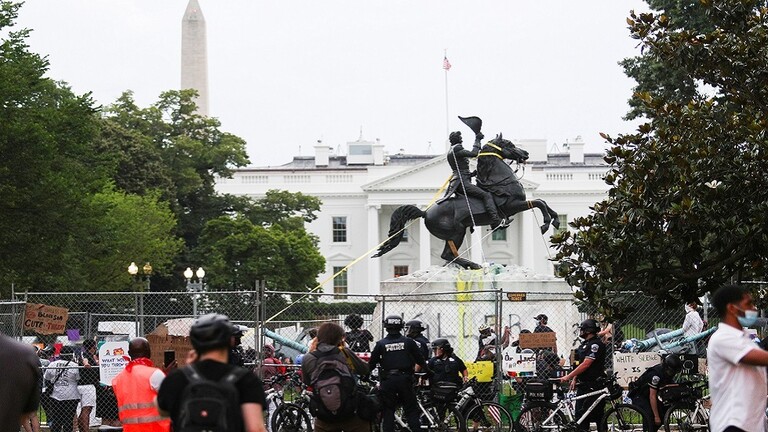 American protesters tried yesterday to demolish the statue of Andrew Jackson, the seventh president of the country, in a park near the White House and wrote a phrase “scum”. He fought on his base and proceeded to drop him with ropes before the police intervened.

The accident began when dozens of protesters, most of whom were wearing masks to prevent the Corona virus, broke through a two-meter high wall in recent days around the Jackson statue, riding a horse on its hind legs, in the middle of the park.

Protesters then climbed the statue, tied it with ropes around the head of both Jackson and his horse, and poured a yellow paint onto the marble base before they began trying to move it from its base.

Dozens of policemen stormed the scene waving clubs and released chemicals to disperse the protesters. At nightfall, the police took control of the situation, and the demonstrators outnumbered a number in the area around the square.

What happens if you misplace your COVID-19 vaccination card

Danes wants to ban some inmates from entering a romance