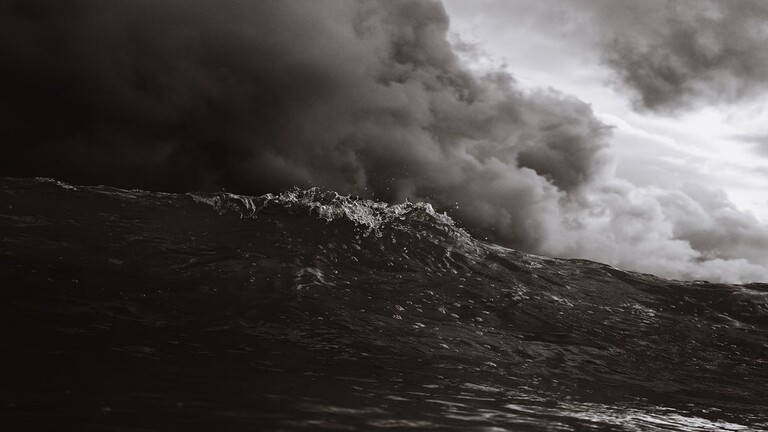 And the unusually thick poles of dust from Africa can cause breathing difficulties for some, which may be especially worrying for those who already have respiratory problems, due to complications from the Corona virus.

The columns are produced by strong winds blowing across the Sahara Desert, and provoking clouds of sand particles.

In addition to pressuring drivers by reducing visibility, the desert dust cloud causes people to sweat for a more obvious reason.

In Miami, residents have already begun to see the effects of the dust, which caused the unusual golden dusk, according to Brian McNoldy, chief researcher at the University of Miami, on his Twitter account.

However, astronaut Doug Hurley saw a completely different picture and photographed the desert dust cloud from inside the International Space Station.

Dust is expected to hit Gulf Coast states, such as Texas and Louisiana.

Experts say that dust may exacerbate problems in those who suffer from respiratory problems, such as asthma or “Covid-19”. Some even warn that dust may generate allergy symptoms similar to those of the Coronavirus.

Speaking to the New York Times, Ips Montalvo Felix, an asthma expert in the Puerto Rico Department of Health, said the storm was bringing “a mass of hot air, with little moisture, which in turn contains biological and chemical substances that could be harmful to respiratory health.” This phenomenon, which is an annual occurrence on the island, is an environmental catalyst for asthma symptoms. “