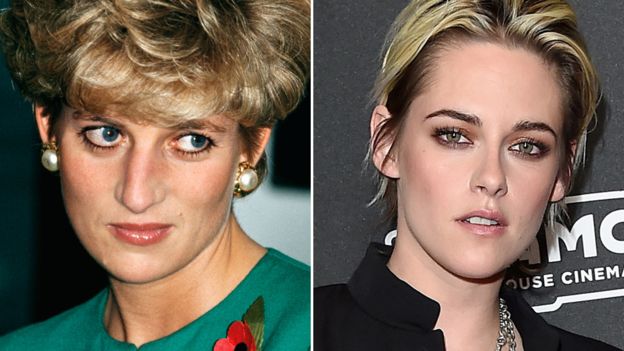 Kristen Stewart, star of Twilight, the late Princess Diana, is performing in a new film about the Princess’s separation from Britain’s Prince Charles, according to reports.

Stewart will star in the “Spencer” movie, which is set in the 1990s, and scripted for it by Stephen Knight, author of the popular Peaky Blinders series, according to news sites in Hollywood.

The director Pablo Larayne, who will produce the film, said that Stewart is “one of the great actresses of our time.”

The movie will take place in Sandringham, where Diana realizes her marriage is failing.

“We decided to treat the story as being about identity, and about how a woman had somehow decided not to be the queen,” Larayen told Deadline.

“She is a woman who decides, during the film’s journey, that she wants to return to what she was before the Charles meeting.”

Diana Spencer married Prince Charles in 1981. The couple separated in 1992 and divorced in 1996. Diana died in a car accident in Paris the following year.

One of Stewart’s most famous roles was in the series “Twilight” films from 2008 to 2012, where she played a young boy named Bella Swan.

Larayen said that Kristen can be mysterious, she can be fragile and she can also be strong, and that’s what we need

Larrayen also directed “Jackie” in 2016, which is all about Jackie Kennedy.

This is not the first time that the cinema addresses the late Princess of Wales, as Naomi Watts performed her character in the movie “Diana” in 2013, which was not well received by many critics.

A child kills 83 y women after raped her

A woman shot, killed in a suicide, giving birth to a child