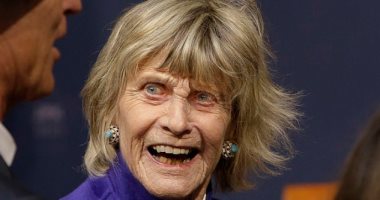 Jane Kennedy, the last surviving brother and sister of the late US President John F., died. Kennedy at the age of 92.

Kennedy Smith played a pivotal role in the peace process in Northern Ireland in the 1990s as her country’s ambassador to Ireland.

Her daughter Kim told Reuters that her mother had died at her Manhattan home, but she declined to announce the cause of death “to keep it private.

Jane was the eighth among nine children of Joseph and Rose Kennedy and was described as a shy member of the family as she found herself for a long time in the shadows of her father and siblings’ fame, including members of Congress Robert and Edward Kennedy.

She entered politics, with the assistance of her brother John, on his campaign for Congress in 1946.

Jane married Stephen Smith in 1956 and settled in New York, where they raised four children. Her husband died of lung cancer in 1990 at the age of 63.

The late Jin helped lead an Irish government-backed endeavor to grant Jerry Adams, leader of the Sinn Fein party, the political arm of the Irish Republican Army, a visa to the United States after indications the group was open to entering talks about giving up its armed struggle to end British rule in Northern Ireland.

She mobilized in support of her brother Edward to persuade then-US President Bill Clinton to issue the visa in early 1994. One year later, the Irish Republican Army declared a ceasefire which led to negotiations that ended with the conclusion of the Good Friday Peace Agreement in 1998 which ended largely three-year violence Decades and killed more than 3600 people.

UK PM Johnson gets his first dose of AstraZeneca vaccine