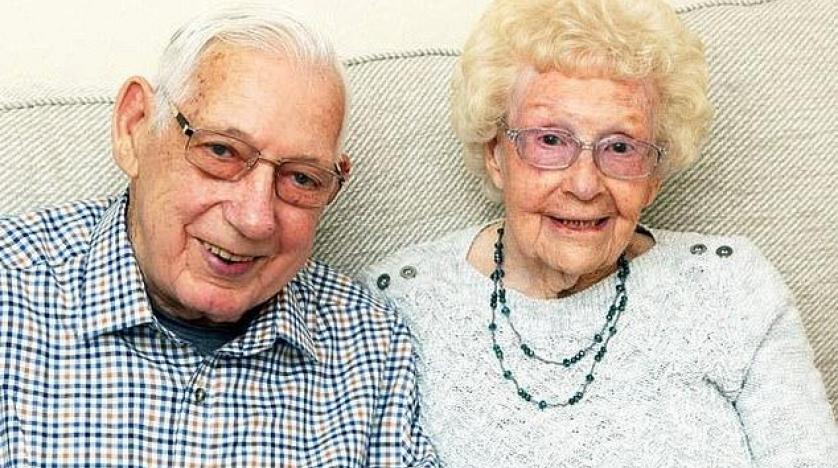 A British couple who had spent 71 years together due to the emerging Corona virus died just five days later, after lying in the hospital next to each other so that they could hold hands, according to the British newspaper “Daily Mail”.

Ron, 94, and Pat Wood (91), died in Worthing Hospital, west Sussex, after staff members allowed them to stay in a family close to each other in recent days, Ron first contracted the virus and was transferred to the hospital, after which his wife Pat followed and placed The couple initially had separate rooms before they were reunited, Pat died during her sleep, and Ron died five days later.

Their only daughter, Nikki Evans, said the hospital was great at caring for her parents.

Nicki explained that they put my mother and father in a room of four beds so that we could hold each other’s hands before my mom died while she was sleeping. She continued: After my mother’s death, they took care of my father sympathetically before his death. They died together, in a short period of time, after they got married for 71 years, so although it is not nice, they did not want to live on their own.

Nikki said that her parents’ visit was very difficult due to the outbreak and she had to talk to them via video call.