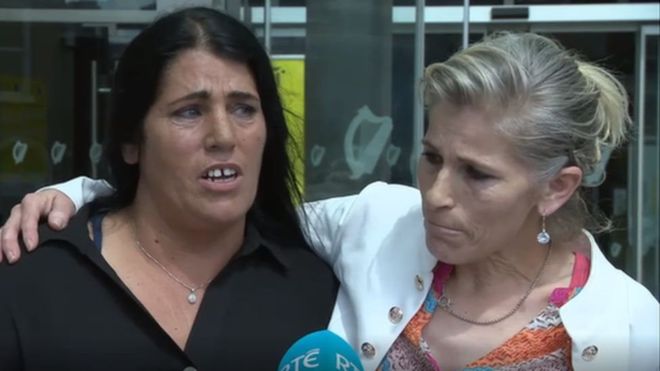 Ireland‘s Central Criminal Court sentenced a 75-year prison sentence to a number of 75-year-old rape and sexual assaults on his seven daughters and younger sister.

The lawsuit papers also indicated that O’Reilly was accused of assaulting his eight victims of beating and subjecting them to starvation and humiliation.

Judge described O’Reilly as terrifying, as one of O’Reilly’s daughters gave birth to a child after he raped her.

The victims, who gave up their right to conceal their identity, confirmed that they were humiliated and starved. The accused continued to deny the accusations against him, and no regrets were expressed after the judgment was pronounced against him.

The Irish judge also praised the courage and honor, and the steadfastness of the victims with a quick indication of their lightness

The judge indicated that he had taken into account during the judgment of O’Reilly the abuse of his status between victims and the period during which the attacks continued, and the countless pain and harm he caused to his victims.

After pronouncing the verdict, the victims wondered why the authorities had not interfered to protect them early, and whether the reason they had not been protected by the authorities was their affiliation with the nomadic Irish minority.

In statements to the court after the verdict was pronounced among her six sisters, Helen, the elder daughter of O’Reilly, urged other victims of sexual assaults to resist that and move forward “towards holding perpetrators accountable.

“I have been sexually assaulted since I was four years old, so I would like to say that all women, regardless of the women of the nomadic families who violated their rights – should raise the voice,” Helen said.

She added: Do not be afraid as we did. We did not know who to turn to or where to go. We didn’t get an education, we didn’t get anything and now I am not afraid. He will be punished for what he has done for years

She emphasized that O’Reilly could have been imprisoned for a long time if these girls had the strength and courage to give up silence years ago, and indicated that what they did made them stronger than they were before.

3 dead and wounded in a plane crash in Pennsylvania

A woman was driven from the car and collided with several passing vehicles, killing...

17 Bodies are piled up in a nursing home in New Jersey because of...