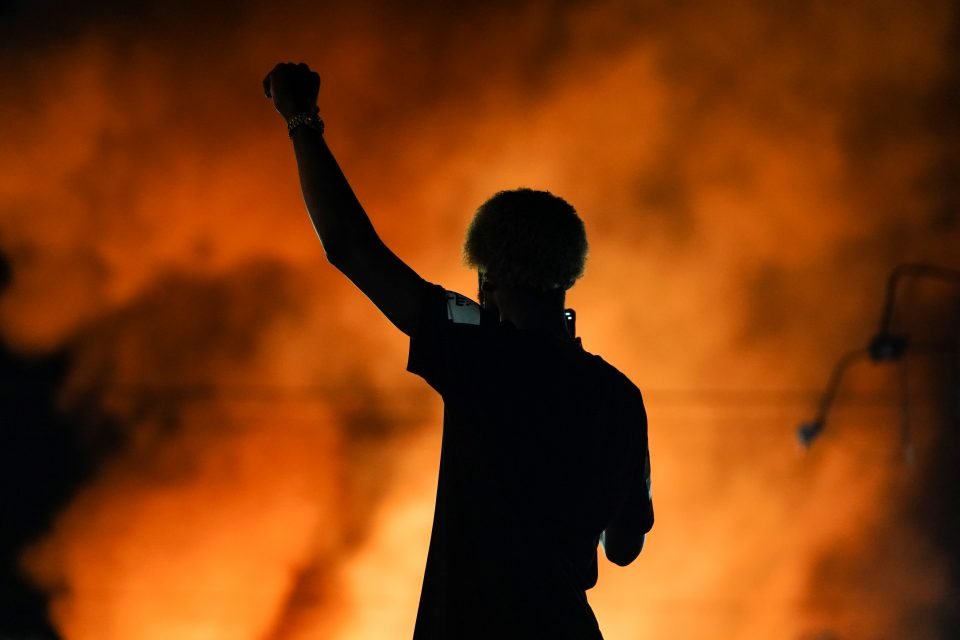 Protesters closed a major highway in Atlanta, USA, and set fire to a restaurant where the police had shot a young black man while trying to escape from detention, killing him.

This incident, captured by camera lenses, will definitely spark further protests across the United States

Unrest broke out after dark in Atlanta, Georgia, the city’s mayor, Keisha Lance Potts, announced that she had accepted the immediate resignation of city police chief Erica Shields after the death of Richard Brooks, 27, at a Wendy’s fast-food chain restaurant.

Police spokesman Carlos Campos confirmed that the police removed the officer who was allegedly shot dead by Brooks and referred another to administrative leave.

The authorities have not yet revealed the names of the two officers involved in the shooting, both of whom are white.

And footage on a local TV station showed the restaurant consuming the fire for more than 45 minutes before the firefighting teams arrived to protect a number of police officers. By that time, the building next to a gas station had turned into a pile of charred debris.

Other demonstrators participated in a march to Highway 75 and stopped traffic before the police intervened.

I do not think that the use of lethal force was justified and she called for the officer to be dismissed immediately,” Boutmes told a news conference.

For their part, Brooks’ lawyers said he was the father of a little girl who was celebrating her birthday on Saturday. His death came from police fire after more than two weeks of massive anti-racist protests across the United States after the death of 46-year-old African American George Floyd after he was crouched on his neck for nearly nine minutes while arrested

Protests erupted in Atlanta near the shooting site and over a hundred people demanded criminal charges against the two officers.

Police were summoned to the restaurant due to reports that Brooks had fallen asleep inside his car while he was in the process of receiving requests. The Georgia Bureau of Investigation said the two officers tried to take him after he failed a field test that revealed whether he was drunk or drug users.

A videotape filmed by pedestrians showed Brooks resisting two officers lying on the ground outside the restaurant before he could break apart and run toward a parking garage with what appeared to be a police stun gun. Other footage filmed by restaurant cameras showed Brooks turning his head and running, most likely, pointing the pistol at the two officers chasing him before one of them shot him from his pistol to drop the young man to the ground.

Vic Reynolds, director of the Georgia Bureau of Investigation, said at a separate press conference that Brooks ran about six cars when he turned his back towards an officer and pointed him in the hand. “At this point, the officer removed the pistol from his wallet and shot and hit Mr. Brooks in the parking garage where he fell,” he added.

Lawyers representing the Brooks family told reporters that the Atlanta police did not have the right to use lethal force even if he used the stun gun against it, especially since it is a non-lethal weapon.

For his part, Lawyer Chris Stewart said: “You cannot shoot someone unless he is aiming a fire weapon at you.

In turn, Paul Howard, Fulton County Attorney, said in an e-mailed statement that his office “has already begun an extensive and independent investigation into the incident” while awaiting the FBI’s findings.

Butms said that Deputy Chief of Police Rodney Bryant, a black man, would take over as acting city police chief to succeed Shields who has held the position since December 2016.

A missing woman was last seen kayaking in the province of Escambia during Hurricane...