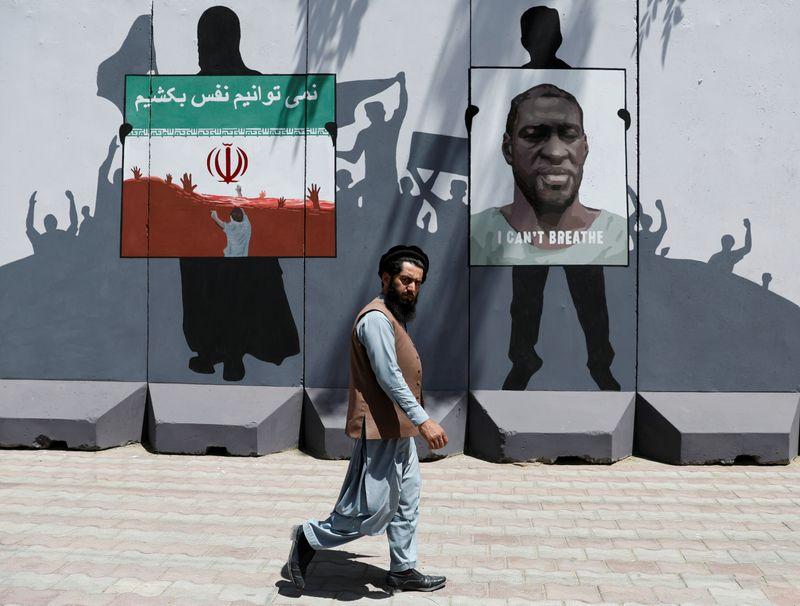 Afghan artists used stairs to climb one of the many walls that resist the explosions spread across Kabul this week to paint a mural of George Floyd in solidarity with the anti-racist protests sparked by his death in the hands of the police.

“George Floyd is now a world figure and he was killed in the United States because of his black skin,” said Afghan artist Mehr Aga Sultani, member of the local art activists group that painted the mural.

(Art Lords) has a large presence in Kabul, as it drew pictures containing messages of social justice and peace on many of the explosive walls built to protect buildings from the bombs of the militants.

Alongside Floyd’s mural, the group of artists painted a man holding the Iranian flag, referring to accusations by the police and Iranian border guards of mistreating Afghan refugees and migrants during the past few months.