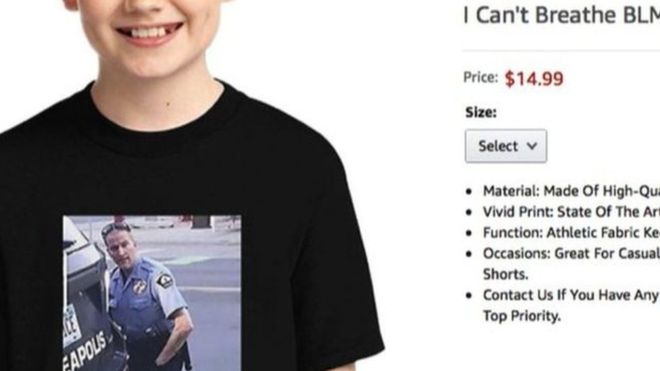 Amazon removed a children’s shirt bearing a picture of American policeman Derek Shofen kneeling on his knee on the neck of African-American George Floyd, the incident that led to his death.

Amazon said that one of the companies offered the shirt among its products displayed on the site and its price is about $ 15.

In a statement to the BBC, the company said it had opened an investigation because the Amazon instruction manual prohibits the sale of products bearing pictures of crimes.

Although the shirt was removed from the Amazon website, some other clothing bearing the same image with a title against police violence is still present on the site, but it bears the notice “The product is out”.

In its statement, Amazon said that all sellers on the site must abide by our rules and that for violators, they will be subject to consequences that may amount to canceling their accounts and added the product statement in question is no longer available for sale.

Texas teacher dies after rainfall swept her off during hike